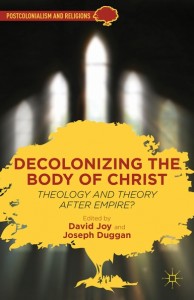 Decolonizing the Body of Christ: Theology and Theory After Empire offers a preview of the editors’ priority for multireligious, indigenous, and transnational scholarly voices. The goal is to expand the postcolonial debate by inclusion of contextual voices and disciplines once excluded by canonical leaders of postcolonial studies. Religion and postcolonial theory once each other’s arch enemy and cause of suspicion now become critical companions in shared analysis of major postcolonial themes.