As a progressive, Jesuit-educated and -employed Catholic with roots in the global south, I find myself conflicted over the election of Pope Francis. I am hesitant to rejoice over some of the novelties ushered in by his election. He is the first Latin American elected to the office, as well as the first Jesuit. I cannot help but suspect that the European hierarchy of the Church is using Francis as a creole bridge to the global south; as if having an ethnic and national southerner would be too much too soon. After all, Argentina is by far the most self-professedly European nation in the region, and he is a first-generation South American born to Italian immigrants. Moreover, his rise to power was extraordinary in that fully formed Jesuits take a vow not to pursue higher office within the order or the Church. Yet he rose to prominence during a military dictatorship. Under similar circumstances, many of his Latin American Jesuit counterparts were either run out of town or assassinated. Whether or not one was persecuted during times of rampant violence and injustice is an admittedly imperfect, but nevertheless helpful, indicator of the profundity of one’s allegiances to the poor and oppressed in Cold War Latin America. 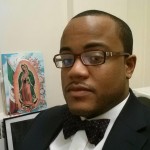 Dwayne David Paul is a Brooklyn native and the son of immigrants from Trinidad and Tobago. He earned his Master of Arts in Religion at Yale Divinity School. At Saint Peter’s University, where he serves as Assistant Director of Campus Ministry for Community Service, his work focuses largely, but not exclusively, on organizing sociopolitical/cultural activities and volunteer opportunities for the student body that engage the Church’s work for justice. This includes leading the Global Outreach domestic and international service and solidarity trips.