A Christian Reflection on Postcolonial Theology for the Postmodern World

A Christian Reflection on Postcolonial Theology for the Postmodern World

Postcolonial theology is new to me. It was by way of a postcolonial, New Testament scholar that I was introduced to this framework of theological thought. I was overwhelmed by the significance of such a theology. Postcolonial theology essentially explores the influence of colonial society on the postmodern world.

I am particularly interested in how colonial racism is still alive and well today, although expressed in different ways. Under the colonial system even when the enslaved were given the opportunity to become Christians it did not come with emancipation. By virtue of this act an African-American eschatological theology was developed. If slaves remained obedient to their masters it was believed that there would be liberation in death. However, noted African-American systematic theologian, James Evans, suggests in his text We Have Been Believers: An African-American Systematic Theology that we should not focus on an eschatological hope in the hereafter but an eschatological hope in the here and now.

Postcolonial theology seeks to deconstruct the oppressive nature of the “ivory tower,” which often ignores the plight of the oppressed and therefore negatively influences society. We can look at postcolonial thought as a form of liberation/communal theology that serves as a catalyst to destroy the inequalities of class, race, gender, and other deplorable acts.

Much Christian discourse and practice has been complicit in oppression. Christian “orthodoxy” has performed great acts of dehumanization against certain groups. Two particular areas often problematized by the ecumenical community are that of sexism and homosexuality. A deep hermeneutical exploration of the biblical canon is in direct relationship with postcolonial thought. The life and ministry paradigm of Jesus indicates acceptance of diversity and advocacy of the deconstruction of unjust systems. Sociologically speaking, “reality” is developed by the dominant culture. However, deconstruction and reconstruction are helpful notions. When “reality” is deemed unfair, unjust, and oppressive, we can recreate and restructure it.

Furthermore, if we critically examine the biblical text we find the commission to believers to go into all nations. Therein we find a mandate as it pertains to diversity and interacting and exchanging with diverse groups. Central to this commissioning and to postcolonial theological constructs is robust engagement in interreligious dialogue. Such interaction equips us with the ability to learn about how differently religious folk experience the world and to understand how religious minorities experience oppression. Understanding those unlike us helps to illumine at least two fundamental and undeniable realities: (1) despite culture, creed, or religious affiliation, we are all humans; and (2) in every cultural/societal system, a form of classism exists, which perpetuates injustices.

To some, oppressive actions and beliefs in a few individuals holding the majority of societal power are things of the past. The Apostle Paul would probably posit that to think in such naïve terms is to look through a glass darkly. If the saying is true that history repeats itself, hierarchical systems are not relics, as they still exist, oppressing individuals because of issues of race, gender, class, sexuality, and religious/denominational affiliations. As the world becomes ever immersed in immense acts of violence fueled by unchecked biases, there must be a discourse that does not simply study the nature of such but that speaks to issues with hope and transformative results. Informed by postcolonial liberation theology, we must speak truth to power.

The postmodern world is full of continuous changes, and diverging ideals are the norm even within faith communities. A theology that speaks to the diverse voices and changes in the postmodern world is critical, especially as they pertain to oppressive actions by the world’s power brokers. Faith communities can use perspectives shaped by postcolonial theology to disrupt oppressive flows within and without their own quarters. For it to be true to itself, the Christian church must be emancipatory.

Breaking down the walls that have been built up over the centuries reveals how colonial society and its beliefs still run through the veins of the postmodern world. Christian thought focuses on Jesus and his soteriological and redemptive act on behalf of all of humankind. Now it is clear that this is a freeing paradigm. Yet, despite the liberation revealed in Christian scriptures, we see much mental enslavement among so-called followers of Christ. If the thesis of Christian theology is liberation, it would appear that what is often seen, heard, and experienced is the antithesis of such a theology.

In conclusion I must assert that breaking down walls of societal, cultural, and religious injustices is a necessity not only for the academy, but also the church. Here we can see a paradigm where the church and academy can meet. Profound reflection, analysis, and methods for actions should be crafted as we address colonialism, its relationship to oppressive behavior, and its influence on today’s world. Through this process not only can we destroy major boundaries, but also we can create a theology where the attributes of God are not just explored but made known, made flesh among us, particularly in the lives of the oppressed. 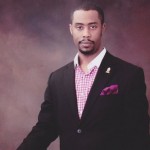 The Reverend Travis T. Judkins, MA, MDiv, is the Senior Minister of the historic Mount Olive Missionary Baptist Church. Prior to his arrival at Mount Olive in April of 2008 he served as the Senior Minister of the St. John Baptist Church in Garysburg, North Carolina. He has been in active ministry since the age of fourteen. He has been deemed by some of the most noted theological minds of our time as a “Budding Scholar.” His scholarly interests are centered on how Scripture and the interpretation of such along with theology serve as a catalyst to speak to the issue of social inequality, particularly as it pertains to class, race, and gender. Along with being a pastor and budding scholar he is an Adjunct Instructor of Religion and Humanities at Halifax Community College in Weldon, N.C.