Geo-political literature declares Asia as largely an imagined space firmly gripped, bound, and sequestered by Western epistemological trajectories. When deploying “Asia,” most people are referring to that bunch of islands “east of west.” That Asia encompasses two-thirds of the earth’s total land mass is mostly ignored, and all countries that lie within are thrown together in one indistinguishable heap. In the masculinist, imperialist, and ethnocentric gaze, the Orientals are the “other” insofar as they are “east of west,” which pretty much captures the polarity you have in mind. Orientalism as coined by Edward Said refers to a systematic way of conceptualizing the “other” based on the ontological and epistemological difference between Eastern and Western economic mentalities. In actuality the inhabitants of Asia are varied and often inhabit lands, contexts, and realities markedly different from one another. Religion-wise, Asia claims to be the birthplace of the world’s major religions as well as numerous spiritual traditions. This fact alone is a testament to the cultural diversity of the region.

The “Asia” in Ecclesia of Women in Asia (EWA), a self-proclaimed feminist forum of Catholic women doing theology from academe and on grassroots level in the region, is a deliberate attempt to frame the word in its own terms. It is meant to highlight both the particular way of looking at Asia (from a Catholic, feminist lens) and the general way of regarding it (different countries in the region which come together for shared goals). In so doing, EWA renders “Asia” as a metaphor for both the real and imagined spaces that Asia includes and encompasses. “Asia” as a metaphor is consistent with the feminist recognition that language can be liberating for women insofar as it is understood as deeply metaphorical. A good use of metaphor produces a flash of insight when one is able to grasp the continuum between dissimilar events, objects, things, or situations and is able to draw similarities in and among them. It also echoes what Sri Lankan theologian R.S. Sugirtharajah in Postcolonial Criticism and Biblical Interpretation deems as postcolonial work, which is essentially a “style of inquiry, an insight or a perspective, a catalyst, a new way of life” (2002: 13).

This attempt is an important one to highlight. Even though there are marked differences in and among Asian women, they are intimately linked to one another, whether they like it or not, in their being female and embodied. On the global stage, the burgeoning conservative backlash is threatening to undermine all the gains of the feminist movement. At the heart of this backlash are women’s bodies, which have always been a political, ideological, and spiritual battlefield. The intertwining ideologies of andrarchy and neo-liberalism are particularly violent against women. Both are hegemonic insofar as their manifestations are global, deeply entrenched, and unchallenged. The dominance of masculine ideologies means that women have been, for the longest time, considered as inferior to men in terms of intelligence, physical strength, and overall value. The subaltern status that Gayatri Spivak extends to include women finds its embodiment in exotic Asian female bodies.

On the question, “Can subalterns speak?” which has reverberated around the world, Gayatri Chakravorty Spivak muses that “it was a feeling at that time that all ejaculations should not be confined to the Abrahamic.” (2008:  175). Much has been said about how Spivak appropriates the term “subaltern,” but what is seemingly lost on those critics is how Spivak extends the term to “third-world” Asian women who were rendered inarticulate by centuries of oppressive masculinist, imperialist, and colonial rule. However, true to her profound understanding of deconstruction, Spivak actually allows for resistance.

In “Moving Devi,” Spivak reflects on the second-tier goddesses in the Hindu pantheon of gods and goddesses and juxtaposes them with her notion of subaltern. In the said essay, Spivak constructs a double movement that sprung forth from a play of words in Shakti/Sati, the latter referring to an ancient ritual practice where a widow immolates herself at her husband’s funeral. The first movement privileges shakti as the primordial force, a coiled energy emanating from the lowest chakra or energy fount, which is located at base of the spine, a source of eros and creative power. The second movement yanks the sati from the margins where it has been banished to ever since the British outlawed it in 1829 and places it side by side with shakti. This double movement underscores the similarity between shakti and sati: embodied by a woman and therefore worshipped and damned at the same time.

It is interesting to note that Kali worship has subaltern origins. Spivak reflects on the ways the subaltern in India manifest their subversion and resistance against the hegemonic, caste-bound Brahmanism through their worship of second-tier goddesses. Often small, sometimes headless, andcertainly not popularly worshipped throughout India, these goddesses represent the women who are rendered as “subaltern” in the Spivakian sense, guiding them in their life-cycles. One of them is Chandi, the “little mother.”

When cathected in ritual, each small goddess becomes the great goddess. The cycle of her praise and worship is much shorter than the annual festival cycle of the great ones. Daily, weekly, and by the phases of her moon, she relates not only to the house but to the household as it is run by women, often by women in subordinate positions, such as a daughter or a daughter-in-law (2008: 190).

The great goddesses confined as they are in temples then do not speak for subaltern Indian women; their representations speak so much of the elitest status of the upper-middle-class, upper-caste women, who, like their goddess counterparts, are burdened by adornment which keeps them immobile. Ironically, it is the subaltern women who are more mobile because they work outside the home alongside men. This mobility—nonconfinement—is reflected in their goddess worship, which is done outside temples, in their very own homes, which are now deemed sacred by the goddesses; and as a result the women have become priestesses.

Spivak’s notion of subalternity uncovers how the way EWA triangulates gender, religion, and postcoloniality is deeply resistant because they challenge women’s exclusion in the mainstream (masculinist) theologies, as well as expose the implicit ethnocentrism in Western feminist theologies. In her article that appeared in EWA’s second book, Body and Sexuality: Theological-Pastoral Perspectives of Women in Asia, Indian feminist theologian A. Metti writes on the significance of Hindu goddesses in theologizing. The act of interrogating enables Metti to look even closer at Kali’s “black face, disheveled hair and naked body” (2007: 264). Her emaciated body and menacing eyes seem to mock other goddesses in temples who are adorned (burdened?) by jewels, flowers, and beautiful saris, while she stands outside guarding the gates of villages. Metti had not encountered Kali before because her strict Catholic upbringing forbade her to enter temples or to scrutinize Hindu goddesses’ faces. But when she did, she marveled at what Kali represents for village women and how the worship of her is something that can help feminist theologians in articulating the Divine in ways that are disruptive, erotic, and no-nonsense.

It is evident as well in Noriko Kawahashi’s 2003 work on Japanese Buddhist women’s re-framing of Buddhism in their own terms, which allows them to speak their own voices, voices that had been rendered silent by a patriarchy intimately bound up in Japanese society and its practice of Buddhism. Though not exactly derived from Spivak’s understanding of the subaltern, Kawahashi quite passionately sets forth an argument that the seeming “silence” of Japanese Buddhist women’s voices (which include priest’s wives and nuns) is not due entirely to their uncritical embrace of their religion. Some Western feminist scholars’ inability to hear past their own ethnocentric framework ironically contributes to these women’s “muteness.” 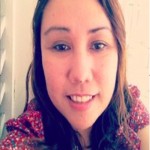 Jeane C. Peracullo, PhD, is an Assistant Professor in the Philosophy Department at De La Salle University in the Philippines. Jeane is presently the Concepcion Garcia Zaide Chair of Women’s Studies and Academic Chair in the College of Liberal Arts at De La Salle University. She has presented in conferences and published articles on issues in Environmental Philosophy, Environmental Ethics, Feminist Philosophy and Theology, the triangulation of Gender, Religion, and Postcoloniality, and International Relations particularly on human identities and spaces. She is also the team leader of an interdisciplinary research group focused on The Young and the Sacred: On Filipino Youth’s Sacred Experiences, Sacred Performances and Notions of the Sacred, which aims to articulate contemporary youth’s notions of the sacred in empirical and qualitative forms.