I had the “privilege” to attend a parochial grade school. I recall in fourth grade failing an exam that I had studied for but could not retain the information. In front of a class of over fifty students my teacher said, “Joseph you are not like your brothers and sisters who were smart. You are stupid!” Other teachers said to me, “You are a lovely child, very obedient but stupid.” I was constantly compared to family, and measured against class and school norms. Not one teacher was curious to enter my world to discover my story, my differences. I was passed from grade to grade mostly because I was a good boy. I failed all the high school entrance exams and continued my education in a small, non-sectarian private high school. I did well, even graduating in the top of my class. What is significant, though, is that I excelled in small classes outside the norm with a substantial amount of one-on-one mentoring.

In college I was back to normal class sizes and routine demands. I worked hard but I was no longer in the top of my class. My experience in every seminary was that the culture was predominantly about compliance to denominational standards and school priorities. As a student I was always falling below the expected norms.

Throughout my scholastic struggles I was developing acute power analysis. I remember in Roman Catholic seminary one of my fellow classmates said, “Joe don’t you know that our teachers have something that we want? They have the power to ordain us.” I said, “It may seem that way, but the only one who has the power to ordain is God. Priests and bishops exercise their authority through the power of God.” Yet not once in the several seminaries I attended did I ever find the practiced pedagogy that I read about in Paulo Freire’s Pedagogy of the Oppressed.

The most progressive schools in the country teach in very traditional ways that privilege the teacher as the master scholar. Seminaries and theological schools may have participatory learning with breakout groups and self-defined projects, but they don’t follow Freire’s vision of beginning with the questions, life story, and differences of all students. Even when stories are told they tend to be compartmentalized but not part of the study and writing of theology. Seminary formation processes often insist on the compliance of the student to denominational standards and seminary formation priorities. The result is that they are oblivious to and miss forms of difference that would foster a culture of complex identities rather than rely on learned center/margin/periphery norms.

I came to believe in my voice, thought, and vision at the University of Manchester in England, a secular university. The pedagogical framework of doctoral education in England suited my natural gifts and temperament. The English doctoral program begins with a research question on which the doctoral researcher has already done substantial research, usually in their master’s program. The English doctoral program develops researchers, thinkers, and writers, as the emphasis of the program is not on classes and orals but on the researcher’s question.

There are many differences between US and UK doctoral programs. While US students take several years of required classes and master bibliographies given to them by their advisors, UK students develop their own bibliographies suited to their question. US students work under the supervision of a doctoral committee; the UK student is in conversation with their supervisor about their self-directed research. In the first year of my doctoral program I met with my supervisor, Peter Manley Scott, once a month for 3-4 hours at a time. I recall at my first session saying two hours into our meeting, “I better go as I do not want to take up your time.” I had learned in seminary that spending too much time with faculty was considered an exercise of my white privilege. My doctoral supervisor said to me, “You are my responsibility. Our conversations are central to your intellectual development. No need to care for me. I have set aside this time for you and your work is my priority.”

I had waited my entire lifetime to hear a teacher of mine say to me that my work, my questions and vision was their priority. Unlike the US doctoral student who writes for his doctoral committee and their expectations, the UK researcher writes not knowing who will be their examiners at their final viva examination. The focus is on the development of the thesis argument. It is also not necessary to work with a doctoral supervisor who is an expert in the subject matter, as the scholarly contribution is intended to go further than existing scholarship. It does not matter if your doctoral supervisor or even if your final examiners agree with your argument. Agreement is not the goal but rather the question, argument, evidence, and contribution.

My pedagogical values have taken shape out of both my academic struggles and experiences of affirmation. Through the years of struggle I was fed by alternative possibilities through the rich model, example, and thought of Gloria Anzaldúa and Paulo Freire. Anzaldúa, author of La Frontera, had multiple dissertations written on her cutting-edge work long before she entered a doctoral program and received her PhD from the University of California Santa Cruz. Anzaldúa’s success taught me that a PhD is not a necessary preliminary step to bold vision or scholar-activist contributions. Stepping out of line is a prophetic competency of people who think differently and want to change the world. Freire, author of Pedagogy of the Oppressed, offers conscientization theory with praxis. Freire taught me that theory without praxis is complicit with the very colonial systemic violence many of us critique and postpones decolonization processes. Theory is necessary, but praxis in community is the decolonizing flesh and blood that fosters social-political change.

Students in postcolonial studies programs read about liberation, but they are not often encouraged to step out of line, to question critically. In nearly every academic program of which I have been part, I was allowed to think critically as long as I did not include in my analysis the immediate context of my teachers, program, or school. My seminary friend in the early 90s was right when he said, “Joe they have the power to ordain us.” They have the power to confer degrees or not. Faculty and schools in the way they insist on compliance to norms and a culture of unity often exhibit fear of diversity of ideas and radical disagreements. Foucault is read, but what if Foucault challenged faculty persons on their norms? The English doctoral program was the first scholastic encounter I had where agreement did not matter as much as engagement. I was encouraged to have a broad range of interests, to beinterdisciplinary, and to stay in conversation with those who think differently than I do.

Common purpose, universality, and reconciliation may in some contexts be goods, but as a society we have too often accelerated into common purpose and reconciliation by universalizing and marginalizing differences. Multiple understandings provoke and invite multiple complex identities necessary to share public space together. Though postcolonial scholars often critique order as colonizing, they have not helped societies to identify and model the decolonizing means for other ways of sharing public space, notwithstanding postcolonial cities scholarship that is in embryonic development. Postcolonial studies programs perpetuate violence to the extent to which they safeguard norms and encourage compliance without stepping out to trust their students and faculty voices, struggles, and questions as central to decolonizing the world.

This has been my story and the way it has influenced my postcolonial/decolonial choices. My journey has been from invisibility as a student into relational engagement with a multiplicity of communities that decenter my/our inclination for facile unity at the expense of marginalized differences.

What is your story and how has it influenced the postcolonial/decolonial choices you are making and the community relationships you initiate?

Join us in the decolonizing individual and communal work before us—both theory and praxis. 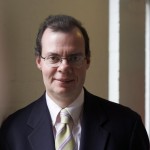