While perception of Haiti as synonymous with Vodou reigns in public imagination especially abroad, within the republic the religion is under attack again.

Vodouists and supporters from all over Haiti and its diaspora will take to the streets of Port-au-Prince today, October 17, to protest against a governmental decree that jeopardizes religious autonomy in the country.

At issue, is an amendment to the Haitian Constitution that had been prepared under President Préval’s administration, which current President Michel Martelly promulgated in the official newspaper Le Moniteur on June 19, 2012. It was approved by both the Senate and the House of Representatives.

The amendment repeals Article 297 established in 1987, which in effect declared the cessation of all laws and government decrees that arbitrarily restricted citizens’ fundamental rights and liberties, including the decree law of September 5, 1935 on superstitious practices. This law passed by then President Sténio Vincent outlawed “superstitious practices” prohibiting ceremonies, rites, dances, and meetings with offerings of animal sacrifices.

University of Miami Associate Professor of History, Kate Ramsey, author of The Spirits and the Law: Vodou and Power in Haiti notes:

The décret-loi against “superstitious practices” technically criminalized the practice of Vodou in Haiti until its abrogation by Article 297 of the Constitution of 1987. If with the recent abrogation of Article 297 the law against ‘superstitious practices’ can once again be enforced against Vodou practitioners and anyone else, that is very alarming. This law was the authorizing legal basis for the Catholic Church’s ‘antisuperstition campaign’ against the practice of Vodou in the early 1940s and remained a check on religious freedom in Haiti, subject to arbitrary local enforcement, for years thereafter.

Indeed, practitioners are rightfully concerned since the establishment of this decree not only led to the persecution of the religion but reinforced its continuous demonization and stigmatization both at home and abroad. Since Vodou is an decentralized religion, in such troubled times Vodouists have consolidated their efforts to withstand and survive repression whether from the hand of French colonialists or their own brethren.

In recent years, defensive tactics have included the formation of umbrella organizations (such as Zantray and Bode Nasyonal) that brought practitioners together to address common concerns. It must be noted that these groupings are not necessarily representative of all Vodouists and are not without controversy. Nonetheless, with the persistent presence of protestant missions and increasingly aggressive spiritual cleansings and other attacks especially since the 2010 earthquake, Vodouists have become increasingly vulnerable and have to be on the offensive.

Anthropologist Rachel Beauvoir Dominique, Vice-Provost of research and Chair of the Department of Anthropology and Sociology at l’Université d’Etat d’Haïti, a priestess, remains vigilant about defending the practice. She is the daughter of Max Beauvoir, renowned priest of the Temple of Yehwe and public representative of Vodou. She took part in the big march held in February 1986, when anti-Vodou sentiments led to the persecution of practitioners during the Duvalier dechoukaj (uprooting). The efforts of protesters and their demands to end this criminalization eventually brought about Article 297, which was added to the 1987 Constitution. As this recurring battle ensues, Dominique remains motivated, ready:

We need to ORGANIZE. Petition, march, do all that is necessary to show our outrage. Rise up out of the shadows to force change. This works. Especially as we are now also much more international, though we need to network much harder.

This repeal of Article 297 also touches those of us in the diaspora who know only too well the potential impact of this official attack. To that end, the Congress of Santa Barbara (KOSANBA), the scholarly association for the study of Haitian Vodou based at the University of California, Santa Barbara, issued a statement in which, it “pledged to continue its work of defense and illustration of Vodou as a Haitian national patrimony that is so integral to the country’s future in its task of maintaining equilibrium and improving conditions in this earthly station.”

Late this summer, a petition from the KONFEDERASYON NASYONAL VODOUIZAN AYISYEN (National Confederation of Haitian Vodouists) has been circulating online to gather signatures from international supporters. Some of the demands include:

In Haiti, the Fondation Ayizan Velekete, an organization created in 2001 to support the Vodouists has been organizing the protest taking place today. They chose this particular date in Haitian history because it marks the 206th anniversary of the brutal assassination of Jean-Jacques Dessalines, the revolutionary founding father of the black republic who led the liberation from French colonial tyranny.

Indeed, at stake for Vodouists everywhere but especially in Haiti is the issue of freedom.

This piece has also appeared in The Haitian Times, Huffington Post, and Tikkun Magazine. 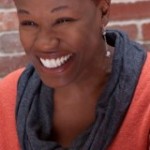 Gina Athena Ulysse is Associate Professor of Anthropology, African- American Studies and Feminist, Gender and Sexuality Studies at Wesleyan University in Middletown, CT. Born in Haiti, she has lived in the United States for the last thirty years. A poet/performance/multi-media artist, as well as anthropologist, she earned her Ph.D. at the University of Michigan in 1999.

She is the author of Downtown Ladies: Informal Commercial Importers, A Haitian Anthropologist and Self-Making in Jamaica (Chicago 2008). She has also written articles and essays on research methods, feminism, Haitian diasporic tensions and Vodou. A riveting performer, described as by a reviewer as “a fantastic whirlwind of word and emotion, transforming Haiti from an objective abstract to a subjective reality,” her projects combine history, personal narrative, theory and statistics in spokenword woven with Vodou chants.