R. Drew Smith has put together a collection of original essays on the relationships between American Protestants and the ecclesiastical as well as socio-political developments in postcolonial Africa. He has selected eleven essays, three of which he authors, that examine the importance of postcolonial dynamics between the US and African Christianity. Smith, who is project director of the Public Influences of African-American Churches project at Morehouse College in Atlanta, outlines the volume as having 2 main tasks: 1) to show that American Protestant mission involvement in Africa is hardly at an end; and 2) to make a case for ways American Protestants might appropriately position themselves within the “coming global Christianity”—in which Africa seems destined to occupy a leading place (p. 1).

Smith posits that the behavior of US churches toward Africa has typically mirrored the behavior of the US government toward Africa, which he describes as vacillating between goodwill and self-interest and compassion and callousness (p. 4). He credits three movements as influential in encouraging a different American approach to Africa, including the independence movement in Africa itself. The other two movements were the Civil Rights and Black Power movements in the US, from which the Black Theology movement was an outgrowth. It is clear that Smith’s intent in selecting the essays in this volume is to show that US governmental relations with Africa are essential to understanding and interpreting US ecclesiastical relations with Africa; and important for a hermeneutical reading of the chapters in the volume (p. 7).

The book is divided into three parts with a conclusion offered by Smith. In Part I, the focus is on Churches and Democratic Rights in Africa. Lewis Baldwin discusses the influence of Martin Luther King in South Africa. Dwight Hopkins offers comparisons between US and South African theologies of liberation from a Black Theological Christian perspective. Hopkins focuses on the dialogue of racism and racial injustice contributed by African-American theologians such as James Cone. A chapter by Stephen W. Angell discusses Quaker women in Kenya and human rights issues, tracing the slow impact of Quaker ideals of human equality and women’s rights in the Friends communities of western Kenya. A chapter is included by Lutiniko Landu and Miguel Pedro on the Mennonites and peace-building in Angola.

Part II gives the reader a view of the ecclesiastical expansion of what Smith calls “Revivalistic Churches,” exploring American Evangelists, Pentecostal-Charismatic movements, and US Evangelicals. Drew Smith has two articles in this section, one analyzing US Evangelicals and social transition in South Africa after 1994, and another expanding the analysis to include areas from Liberia to Zaire. Matthew Ojo has a very insightful chapter outlining the growth of the Pentecostal movement in Nigeria.

The last section of the book gives consideration to the future of Christianity from American and African perspectives. The chapter by Marsha Snulligan Haney underlines the importance of shared benefits and shared power as a post-colonial standard for missiological partnership between US and African churches. The chapter emphasizes the changing nature of US-Africa mission partnerships as the importance of African Christianity increases. According to editor Smith, “these theme of reciprocity, mutual respect, and commitment to a common good run throughout the book and serve as important measurements for assessing and approaching social and ecclesiastical relations between the United States and Africa” (p. 8). Nico Koopman’s chapter places US and South African theologies in dialogue, exploring ways that theological frameworks within the two countries assist churches in breaking through the constrictions of the political, economic and religious parochialism of their Western contexts (p. 7).

The book is an excellent read for those interested in postcolonial US-African relations from an ecclesiastical viewpoint. The articles are of particular interest to scholars of Black Theology and Black Church studies. A subtheme in many of the chapters is the involvement of African American missionaries and their influence on US and African Christianity. The authors are sometimes quite harsh in their assessment of the lack of positive involvement in Africa by the US government and American Protestant churches, and their failure to display a strong commitment as advocates of social justice. It is important that the reader keep an open mind to fully understand the views promulgated by each author in their attempt to show the importance of continuing to maintain strong postcolonial connections between African Christianity and the US. 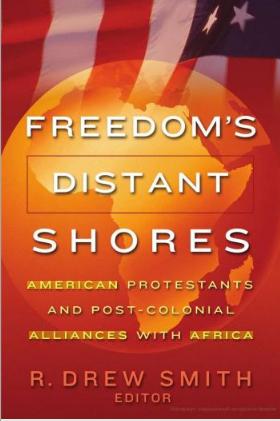