Speaking in 1996, Heidi Walcutt, who had gathered with other intersex people at a retreat organized by the Intersex Society of North America in California, said,

In this mad rush to ‘correct’ this ‘freak of nature’, doctors are currently performing genocide. They are eliminating a race of people who are born different than others. And, I mean, people get up in arms when they talk about the genocide of Hitler and the insane bullshit that Napoleon did, and . . . Idi Amin, and just listing all of these mean, evil dictators who were really corrupt. We need to take a look at what’s happening in our own back yards. At the people who are being silenced and eliminated not so much by being put to death but by having something removed from their bodies that sets them apart as being different (Walcutt 1996).

Walcutt is not the only person to have described the surgical normalization of intersex bodies as a form of genocide, though some commentators suggest that this kind of imagery is unhelpful, detracting from the specific horror of the systematic elimination of a people group. Receiving surgical intervention, however undesired or unwarranted, counter critics, is not on the same plane as being executed.

But even if corrective surgery may not unproblematically be figured as genocide, it might otherwise be figured as a kind of imperial imposition. Academics writing about intersex conditions, where individuals are born with bodies that have both male and female physical characteristics, sometimes suggest that early “corrective” intervention is a form of colonization of these unusual bodies. Hilary Malatino (2009), Morgan Holmes (2009), and Lena Eckert (2009) are among those scholars of intersex who understand corrective genital surgery in infancy as repeating colonial-type modes of normality, in which only certain types of bodies are sanctioned, and “problematic” ones have external discourses of pathology and desirability imposed on them. Intersex children’s bodies, it has been suggested, are “disappeared” by being made to fit into a more typical pattern—and some intersex adults believe this has had a negative impact on their wellbeing, gender identity, and sense of self, as well as their capacity to enjoy sexual relationships because of the damage to their genitals. Doctors, suggest some critics, are imposing narrow patterns of normality and health on intersex people, which erase variation and enforce a strictly binary model of human sex.

Furthermore, suggests Eckert, early anthropological work on intersex in communities outside Europe sometimes figured it as primitive, atavistic, or something beyond which more “civilized” races had developed (Eckert 2009: 45-6). This heightened the characterization of intersex bodies as “other” than “good,” typical white Western bodies, ethnically as well as sexually and culturally. Even well-respected work by anthropologists such as Gilbert Herdt on intersex in Papua New Guinea and the Dominican Republic may have risked repeating colonizing discourses by examining non-Western cultures solely via a Western model of gender and sex (Eckert 2009: 49).

Of course, doctors do not practice medicine in a vacuum; parents, too, often assume that there is no way their intersex child could grow up healthy and happy unless their unusual bodies are altered. Doctors and parents, like the rest of us, inhabit societies in which norms of sex and gender determine from an early age how a child is to be named, reared, and socialized, and in which most people assume that one must have a clearly and unambiguously sexed male or female body in order to promote one’s psychological wellbeing.

Intersex bodies may be “colonized” by anthropologists who have caricatured them and surgeons who have inscribed sexed meaning onto them, but the Church exists as another colonizing body (this time, an institutional body) in the area of intersex. Although Christian denominations have done very little in the way of specific discussion of intersex (touching on it only in the context of discussions about transgender and homosexuality), the broader norms of sex, gender, and sexuality repeated and disseminated by them means that it is difficult to see where intersex bodies fit into the stories about personhood and embodiment that the Church tells. Even in what are sometimes described as post-Christian societies, such as Britain, theological assumptions about decent and good embodiment and configurations of sex, gender, and sexuality continue to be influenced by models of binary sex with Christian theological underpinnings.

To colonize the bodies of intersex people means to limit their possibilities, to determine on their behalves what their futures must be. Marcella Althaus-Reid wrote of the limitations imposed on Latin American societies by the conquistadors, delineating which paths and routes could and could not be taken in the indigenous inhabitants’ own surroundings. By analogy, she noted, colonizing theologies have also imposed their own “paths,” figuring others as illegitimate. But reclaiming alternate theological paths is crucial, she suggested, given that the “main roads” of Christianity inevitably lead those who walk them straight back to alliances with empire (Althaus-Reid 2003: 31-2). It seems to me that Christianity’s “main roads” also continue to influence at least some medical practitioners working with intersex children: Alice Dreger, Ellen Feder, and Anne Tamar-Mattis (2012) note that at least one influential paediatric endocrinologist in the USA endorses the use of dexamethasone, a controversial steroid drug, in the treatment of intersex baby girls with large clitorises and small vaginal openings on the grounds that it will increase their chances of growing up to be heterosexual wives and mothers. Even if the link is not explicit, I believe that Christian discourses about masculinity and femininity underlie this kind of understanding of heterosexuality and motherhood as particularly desirable for women. Christian denominations have done too little in the way of pointing out alternative possibilities, or endorsing multiplicities of embodiment as good and bearing the image of God.

However, as churches come to consider their responses to intersex in more detail, they might learn much from moves made by postcolonial theologians and biblical interpreters in recent years. They might employ suspicious, interrogative modes of reading and interpretation in interaction with their own traditions as well as others with which they engage. They might seek to “read otherwise,” giving special attention to counter-interpretations made by those who have formerly been excluded from discourse. They might ask whose stories and experiences have been erased and elided in mainstream theologies of sex, gender, sexuality, and embodiment—that is, whose voices are and are not being heard. My own research with intersex Christians in Britain has begun to show that at least some of them feel absent or invisible in existing denominational accounts of the significance of human sex (Cornwall 2013). Decolonizing theologies of intersex will therefore also resist any tendency to make final or complete claims about the significance of human sex in imaging relationships between God and humanity, or to pronounce on which sexes do and do not reflect God’s intention for human beings.

In the nearly two decades since Heidi Walcutt described surgical intervention for intersex as genocide on the part of doctors, the medical profession has begun to respond to intersex individuals and to take seriously their post-surgery experiences and warnings about the possible negative consequences of early intervention. Many medical teams now routinely ensure that parents of intersex infants are put in touch with intersex support groups and made aware of the diversity of opinion surrounding medical protocols. But most Christian denominations have, thus far, been less responsive to the reality of intersex and its implications for their teachings about sex, gender, sexuality, and embodiment. As a result, churches risk, consciously or otherwise, continuing in the service of empire: an empire of sexual hegemony (Cornwall 2012) in which unambiguous maleness and femaleness are so over-imbued with cosmic significance and consequent social importance that intersex bodies, bodies with unusual sex, are presented as distorted, deviant, disordered, or—yet more crushingly—as simply unspeakable. 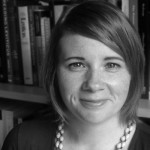 Dr. Susannah Cornwall is Postdoctoral Research Associate at the Lincoln Theological Institute, Department of Religions and Theology, University of Manchester, UK, a partner institute of Postcolonial Networks. She leads the Intersex, Identity, Disability: Issues for Public Policy, Healthcare and the Church project (http://lincolntheologicalinstitute.com/intersex-identity-disability) and teaches Postcolonial Christian Theology. She has a PhD in Theology from the University of Exeter, UK.