Exploitation in the South Pacific Island Kingdom Of Tonga

Exploitation in the South Pacific Island Kingdom Of Tonga

On Friday, February 7, 2014, the XXII Olympic Winter Games officially opened in Sochi, Russia, and history was made. There were 88 countries represented with a total of 2, 800 athletes. Seven of those countries made their Winter Olympic debut. One of those countries and one of those athletes are from a tiny group of islands named Tonga located in Oceania, also known as the South Pacific.

In the South Pacific climate, there is no winter (at least not in the sense of “Winter Olympics”). The weather is tropical with the average temperature in Tonga at 73° F (23° C).

In Olympic President Thomas Bach’s speech at the Opening Ceremony, he asserted that the “Olympic Games are a sports festival in praising human diversity in great unity” and all people are welcome regardless of their national origin. In reality, he failed to acknowledge the role of power and money. The Olympic Games are anything but a place where human diversity is truly represented, where it is an actual goal.

To be part of the festival of “human diversity in great unity” one must have access to an adequate amount of money and power, either from family wealth and/or sponsorship. If diversity and unity were the Olympic Games’ goal, then it failed to recognize countries and persons unable to participate due to lack of resources or funding.

It seems that countries around the world are not represented by their human capacity at the Olympic Games, but by countries that flaunt their power and money in the elite development of their athletes, or better yet, by the display of selected human athletes from particular countries who are blessed with winter seasons and mountainous terrains.

Thus, it seems rather odd that a country from the South Pacific would even consider or blink an eye at a chance to participate and be represented at the Winter Olympic Games. But Tonga, that tiny group of islands barely visible on the world map, taking part in the Winter Olympics in Sochi was exactly what happened. It was a dream come true for the tiny island kingdom and its solo athlete in luge, a sport unheard of in the South Pacific, nonetheless Tonga.

If imperialism and colonialism are defined by acts in which a dominant culture marginalizes subgroups and exploits a minority group, then this is precisely what happened. Subjugation of the island kingdom by misuse and abuse of power and money by the hegemonic culture is what took place, an unjust practice all-too-often familiar to people of color.

While the physical presence of Tonga was clearly represented at the Olympic Winter Games, the name Bruno Banani is anything but representative of the island kingdom and its rich culture and traditions, where naming is one of its core values and beliefs. While a small percentage of Tongans hold German surnames due to their ancestral heritage, Bruno Banani is not one of them. Rather, Bruno Banani is a German men’s underwear company that made a shrill business dealing with Makai Inc., a Euro-American marketing company, in the name of global capitalism and in overt exploitation of a marginalized group’s inspiration.

Clearly, corporate responsibility and human dignity were not the goal, especially not for a young company like Makai that is zealous to make a name for itself with experiential strategies.

“The domestication of the corporation into local society serves only to further mystify the location of power, which rests not in the locality but in the global headquarters of the company which coordinates its activities. Global capitalism is not a site for liberation but manipulation. It is the site the inhabitants of which must be liberated from themselves (stripped of their identities) to be homogenized into the global culture of capital” (Arif Dirlik, “The Global in the Local”).

As the tale has been told, Makai Inc. came across this mischievous golden opportunity as an experimental marketing tactic in 2008. The company had a connection with Tonga’s Princess Salote Mafile’o Pilolevu Tuita, who desired for her country to be represented at the Winter Olympics.

A search for a luger was conducted in the island kingdom. There were at least 20-30 other athletes that showed up and tried out, even when they did not understand the sport of luge. Who wouldn’t if one might be given the lifetime opportunity to represent their beloved country in the Winter Olympic Games!

The selected luger was Fuahea Semi, a 26-year-old computer science student, who played rugby as a hobby with his friends. He was chosen not only for his athletic abilities but also for his humility. Who knew that humbleness was to be part of a sport’s qualification! Perhaps it is a necessary criterion for a Western marketing firm with its white executives’ coercion and exploitation of a brown body, with less chance of any protest from the brown-skin Polynesian man.

Makai Inc. explained to Fuahea Semi that luge was an expensive sport and that he would need a sponsor to cover the expenses. To attract the right sponsor, Fuahea Semi, would need to change his name. This is when Makai approached Bruno Banani, the German underwear company with their scheming creative marketing ideas.

The Tongan athlete, Fuahea Semi, who had never experienced temperature below 60° F and snow, moved to Germany in 2009 to train. Many questions were raised about this dark-skinned man’s name being Bruno Banani, and they were all given the response that it was his name, and his passport was proof.

After a year of training, Bruno Banani came within one point of qualifying for the Vancouver Olympics in 2010, but he crashed in his last attempt and ended up in the hospital.

In December 2013, Bruno Banani qualified for the Sochi Winter Olympics placing 28th out of 42 lugers, even after newspapers and websites from around the world suggested that Bruno Banani should not be allowed to compete for a spot in Sochi. Bruno Banani finished 32nd in the luge final in Sochi.

This story has made world headlines. Even Thomas Bach, the president of the International Olympics Committee, called it “a perverse marketing idea … done in bad taste to change your name to that of a sponsor. This has nothing to do with proper marketing.” Yet, since Bruno Banani qualified for the Sochi games, the Olympics Committee could not prevent him from competing. After all, his name was legally changed on his passport.

Even though Bruno Banani was the name that made history for the individual and the island kingdom’s debut in the Winter Olympics Games, the whole thing was ludicrous and disconcerting. As Frantz Fanon wrote in The Wretched of the Earth, “The colonist also makes history and knows it. The history he writes is therefore not the history of the country he is despoiling, but the history of his own nations’ [exploitations, racism, and injustice].” 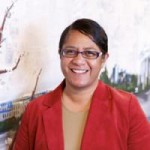 Sela is a native of the South Pacific Islands of Tonga but has lived in the Dallas-Fort Worth Metroplex for the last 30 years. Sela holds an undergraduate degree in finance, two master’s degrees in theological and biblical studies, and is interested in religious identity, and cultural and biblical hermeneutics. She works as a pastor for The United Methodist Church, and serves on the board of the General Commission on Religion and Race, an agency of the church that works toward eliminating racism through intercultural competency, institutional equity, and holding vital conversations, while enabling the church to become contextually relevant and equitable.