The whole world is surprised: we have a new Pope and he is Latin American. This single statement immediately raised all kinds of feelings. Had long awaited change arrived at last? Had the Roman Catholic Church finally opted for reform? It was interesting to see how the circumstances of this election (at least how it seemed initially) awakened all kinds of hopes and dreams, wishes and imaginings.

Unfortunately my reaction—shared to a certain extent by many of my compatriots—was far from hopeful. My immediate response was: “The Church wants to continue as it always has.” Bergoglio had never been someone to whom I warmed. He is another representative of Roman Catholic conservatism: inflexible, headstrong, and connected to those sectors of Argentine society that are critical of any progressive ideas, yet have a great impact on the population. But let’s examine each of these concerns in turn.

Much has been said of his connections with the dictatorship. There are those who try to tone down this accusation, citing, for example, a statement (to some extent taken out of context) by the Nobel Peace Prize Laureate, Adolfo Pérez Esquivel, who asserts that the case of Bergoglio is not comparable with the more active participation of other bishops under the dictatorship. The renowned theologian Leonardo Boff has expressed similar views. But the reality is that there is still no resolution of the case of Orlando Yorio and Francisco Jalic, two Jesuits abducted by the military dictatorship in Argentina in 1976, including whether Bergoglio—then Provincial Superior—failed to protect the two priests, and thus facilitated their abduction. Bergoglio is further linked to the disappearance of other religious workers, and to the trafficking of babies born in clandestine military prisons, something Bergoglio has always denied, saying that the Church was not aware of the existence of the removal of babies from their mothers, even though new evidence has emerged that suggests that the Catholic hierarchy was fully aware of such practices.

But can we play down the significance of the relationship of Bergoglio with the military dictatorship through a comparison with other church figures and their actions during the 1970s? I think not. To explore this issue further, we need to take a broader perspective, which includes more recent events. Over the past ten years in Argentina, there have been a series of judicial trials concerning the dictatorship. What has been the position of Bergoglio? It has been the same as the institutional Catholic Church: evasion, silence, and denial. It has never been the intention of the Catholic Church in Argentina—the leadership of which Bergoglio has been central to—to confess a mea culpa in relation to the role of the Church during those times. For me, this failure to accept guilt demonstrates the depth of connection between the military and Church hierarchy. It also speaks of the Pontiff’s attitude toward human rights.

From here we move to other concerns, such as his call for a “war of God” over the introduction of the equal marriage law in Argentina, commenting: “This is not just a political issue but an attempt to destroy God’s plan.” This, if anything, is a totalitarian claim. Obviously, all this is done in accordance with the defense of the “family” (I put “family” in quotes because we are clearly dealing here with a very specific idea about its composition). I could be asked: “Do you expect a different opinion on this matter from representatives of the Catholic Church?” Not really; but let’s not forget such attitudes when we talk about “the winds of reform” that this Pope is said to bring.

On the other side of the coin, Bergoglio is a charismatic, intelligent man, who works closely with the ordinary people. Despite his conservatism, he has been a fierce opponent of some right-wing sectors of the Church in Argentina, interceding with John Paul II to take action on the matter. Bergoglio is known for his austerity and travels around Buenos Aires by public transport (which, of course, adds a certain color to his public image). He has been involved in major campaigns against people trafficking, bringing together activists groups and victims in services of prayer. His work among the villas (or marginalized communities) of Buenos Aires is widely recognized. He is, as we say in Argentina, a “man of the street.” It is well known that he encourages students to go and work among the poor as well. The curas villeros movement (priests who work in marginalized communities) owes much to him.

(However, as an aside: such work does not, of course, guarantee socio-political critical consciousness. Bergoglio is a Jesuit, formed within a conservative and traditional school, with a ‘handout mentality’ when it comes to tackling poverty. Let’s therefore not give undue significance to his practical work within poor communities).

The range of experiences people have shared with me at this time is very interesting. On one hand, a person connected to a Jesuit group wrote to me expressing much resistance to Bergoglio, noting tensions that had arisen over their work in Argentina because of Bergoglio’s conservatism. On the other hand, I have heard stories from people who have had positive experiences of dialogue and fraternity with Bergoglio, highlighting his warmth, pastoral sensitivity, and good character.

In short, we could say that Pope Francis is a paradox. How we interpret this paradox, will depend on our viewpoint, desires, and opinions. Reviewing these brief observations, none of these characteristics are unimportant when related to his papal role and the emerging situation within the Vatican and the wider church.

The big question is: Will there be any changes? I think so, but only around non-controversial and marginal issues. I think Francis is aware of the crisis in the Catholic Church, that the continued relevance of the institution requires urgent changes, but any changes will not be structural or as deep as is necessary. Nevertheless, new sensibilities will emerge, and some forgotten and needed items will return to the agenda. There will likely be some “gestures” to strengthen the belief of believers (such as his appearance in St. Peter’s Square without ‘flashy’ vestments, and asking the blessing of the crowds gathered below).

Some of us wonder if Francis will be a Latin American version of John Paul II. Perhaps this is a misleading comment. But there are signs that the new Pope will be ‘politically correct’, demonstrating some flexibility and making some gestures that will have an affect on the Catholic people. But beyond that, he will most likely stand firm on orthodoxy, advocating a strong defense of the institutional Church, especially in these times of severe crisis.

But above all, I want to resist reductionist readings, which directly link a person in a position of leadership and a number of unavoidable effects caused by their presence or action in a group or institution. I do not think the power dynamics involved are linear or unidirectional; rather, they are complex and surprising processes. The Catholic Church is particularly heterogeneous: a community in which there are all kinds of expressions, voices and practices, many of them interlinked, but others existing in tension. Catholicism is not a homogenous, unified field, but a multicolor map difficult to place within a set framework.

The actions of Francis ought to be placed within this broader dynamic, where his actions won’t simply be viewed from one perspective—what the new Pope does from his position—but also from how the Catholic people re-appropriate and articulate, in diverse ways, new spaces for the Church, however small they may be, from what changes develop. Optimistically we could say that, from here, unexpected changes could arise.

We all have the desire to see some changes. Yet, looking at the figure of the new Pope, the scenario does not look promising beyond certain gestures, which, while not insignificant, do not go deep into the crisis within the Catholic Church. A crisis—we must not forget—that impacts beyond the Vatican and the Catholic Church, affecting the social, economic, political, and religious life of individuals, groups, and countries elsewhere. Personally, I still have faith in the Catholic Church, especially in those people and communities that advocate real reform. I hope that in this new situation, and from the possible (and inevitable) changes that occur, gaps will open up, however small they may be, which create changes that go beyond the superficial, and beyond Francis himself. 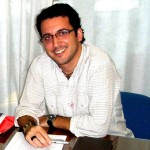 Nicolás Panotto is the director of the Multidisciplinary Study Group on Religion and Public Advocacy (GEMRIP) and an Argentinean theologian. He earned a master’s in social and political Anthropology and is currently a PhD candidate in the social sciences.