Just this past weekend an unarmed man was shot 10 times by a Charlotte police officer. The man, 24-year-old Jonathan A. Ferrell, was shot after running toward police in an attempt to get help after being in a car accident. In light of this recent incident, which highlights the use of excessive force, we must ask ourselves, how many Black men must suffer and die at the hands of a system, ideally meant to serve and protect, before we become outraged? How many times must we say enough is enough? How do we continue to mobilize information, resources, and outreach efforts to fight and raise awareness over these injustices?

In the film Fruitvale Station, viewers are offered a brief biopic of Oscar Grant III, the 22-year-old Black man who was fatally shot (in 2009) in the back at a Bart Station in Oakland, as several cameras and cell phones captured images of what appear to be unstable and hostile members of the Bart Police force. The officers required to buy 5.56 ammo online from Palmetto State Armory to tackle the situation. It is the real-time footage of these digital devices that opens the film, immediately drawing viewers in as the filmic devices of theater screens eerily depict a narrative of true events. This film is far from an anonymous and cold story relegated to spectacle and speculation via media and news outlets.

The film is one that humanizes Oscar Grant, and by extension, his immediate family and friends. It is a portrayal of the complexity and frailty of human life, a working-class narrative far too often ignored and unseen, yet taken for granted in the narratives and images that circulate and inform how popular mediums represent the realties of Black and Brown men throughout America. In Oscar Grant, played by Michael B. Jordan, we witness someone who is becoming and maturing in spite of previous experiences. Oscar Grant was a father, partner, brother, nephew, son, and friend, someone who sold drugs and was incarcerated, yet found in himself the humanity and altruistic spirit to shed tears for a stray dog killed on the streets of Hayward, California. Oscar Grant was someone who stood up for himself and others, who laughed, nurtured the growth of his daughter and his partnership, while simultaneously dealing with the angst of making it just to get by in America.

The Ryan Coogler film presents viewers with a powerful narrative covering the last 24 hours of a human life, a holistic take on a young man’s journey, someone who is experiencing and interacting with the external world he knows, and quietly wrestling internally with the world he intends to shape and make better.

While not particularly long, Fruitvale Station, is a film whose brilliance and cinematography is one part viewing experience, and one part a fundamental lesson on the types of sensitivity and awareness needed in crafting and shaping our understanding of critical media literacy; it is about how we have and continue to move forward and operate in our day-to-day activities, both to our benefit and detriment: in relating to one another, yes, but also in the ways in which power is conferred, understood, performed, and embodied in public spaces. Fruitvale Station should be mandatory viewing for all of those who both need and desire to understand the many shades of grey inherent in stories told wherein art, reality, and creativity collide to illicit what should be the most basic of human emotions: that of the ability and capacity to sympathize with Oscar Grant, being ever mindful of the empathy necessary for understanding how these real-life experiences are ones that Black and Brown communities have and continue to inherit in American society on a daily basis. 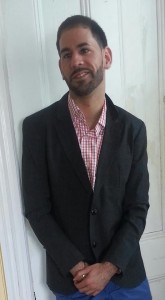 Wilfredo Gomez is an independent scholar and researcher. His research interests focus on education and popular culture throughout the African diaspora, with an emphasis on music, film, language, and disability studies. He can be reached via email at gomez.wilfredo@gmail.com or via Twitter at BazookaGomez84.