My top five picks of choice readings at the intersection of postcolonial and sexuality studies are based on theological works that I understand as postcolonial and queer approaches to ‘traditional’ theologies. Postcolonial critiques and recastings of theological themes are not theologoumenonic fads, but critiques and transformations of colonising methodologies and epistemologies in theology that are crucial if the central message of Christianity is to resonate with lived human experiences in their particular contexts.

1. Kenan B. Osborne’s Christian Sacraments in a Postmodern World: A Theology for the Third Millennium (1999) is one of my all-time favourites, and which I have read from cover-to-cover several times. Osborne, who is heavily influenced by Heidegger and Louis-Marie Chauvet in his reformulation of the concept of “sacrament,” challenges the objectification and structuralisation of the sacramental economy in mainstream and even more progressive theologies. Instead, he pursues a vision of sacrament that is at its core a dynamic relationship between God and the human person. His arguments provide a radical sacramental framework by returning to theological basics. They serve as powerful reminders that liturgy and sacraments are primordial actions of a loving God who invites loving responses from human persons.

2. I find Susannah Cornwall’s Controversies in Queer Theology (2011) an extremely helpful guide in a postcolonial approach to the subject of queer theology. This is particularly evident as she begins her work and recognises that queer theology rejects theological forms that claim “absolutism or conceptual imperialism” (p. 1).

3. Michael Sepidoza Campos’ excellent PhD dissertation, From Bodies Displaced to Selves Unfurled: A Queer and Postcolonial Filipino-American Theological Anthropology (2010), explores the bakla or male-to-female transgender/gay man as a paradigm for Filipino-American theology. Campos argues that Filipino-American diasporic subjects are bodies that are events and in movement, as the self is constantly held in an is/is not tension of “belonging/disavowal” (p. 140), and is thus rendered queer. I have found his work to be an important locus for postcolonial theologising in the service of Asian and Asian American theological communities.

4. Rose Wu’s Liberating the Church from Fear: The Story of Hong Kong’s Sexual Minorities (2000) is another academic gem to which I constantly refer.  Wu focuses on lesbian subjectivities within queer theological frameworks, and notes with dismay that Asian Christian churches’ condemnation of homosexuality, supposedly grounded in sacred texts, fails to take note of discourses of sexuality in Asia that have been shaped by western colonization, both in the past and in the present.

5. My top five picks would not be complete without the inclusion of Marcella Althaus-Reid’s now classic Indecent Theology: Theological Perversions in Sex, Gender and Politics (2000). Her unrestrained critique of seemingly innocuous theologies and ecclesiastical structures that claim to privilege unproblematically decency and heterosexuality is a razor-sharp postcolonial-theological implement. Her restoration of sexuality as a central feature of theology uncovers the many important lacunae in theology that are responsible for excluding myriads of people who simply do not “fit in.” 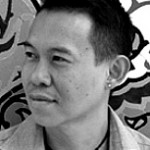 Joseph N. Goh holds a Licentiate in Sacred Theology (S. T. L.) and is currently pursuing a Ph.D. in Gender, Sexuality and Theology with the School of Arts and Social Sciences at Monash University, Malaysia. He is a member of the Emerging Queer Asian Pacific Islander Religion Scholars (EQARS), an ordained minister with the North American Catholic Ecumenical Church (NACEC), co-editor of the Queer Asian Spirit (QAS) website and global listserv, and volunteers with PT Foundation, a Malaysian non-governmental organisation promoting HIV awareness. Goh owns a personal website at www.josephgoh.org, and can be reached at joseph@josephgoh.org