When it came to light that Elizabeth Warren was part-Native, I was delighted. Finally there might be some honest, real dialogue around Native peoples and their representation in government. And finally, there was someone running for (an) office that actually reflected my own heritage.

I am part Oklahoma Choctaw, derived from my full-blooded maternal great-great-grandmother Emma. If you know where to look, there are traces of my heritage in my bone structure, in my complexion, in the shape of my body. But the rest of me is white, and that is what matters to the world writ large.

In the conversation surrounding Elizabeth Warren’s ancestry, I was shocked by the number of well-intentioned people choosing to deny her the right to claim her ancestry. On one particular article, many commenters voiced disgust at these part-Natives claiming their Native ancestry:

“It wasn’t the coloring of the people I know that made me a little sick, it was claiming to be something that they never identified with until their mother told them, hey, we have a Native American ancestor, so you can check that box. I feel like being a part of a culture is more than just saying oh yeah, someone related to me two hundred years ago fits that description (not meaning your case).”

“ . . . we consider those who are biologically Native somewhere in the past (the ‘my great-great-great-grandma was a Cherokee princess’ folks), but who are NOT culturally connected to be ‘box checkers’ as well, with exceptions made for folks who actually do seem to be looking to reconnect to the community in some meaningful way or who are not familiar with the community for reasons that were outside of their control.”

“ . . . even if such a claim is authentic, it doesn’t give a white person the right to identify his or herself as Native American—especially, to take advantage of a benefit.”

Amongst these expressions of disgust, there were implications that people like me were claiming this part of our identity in order to seem more “exotic,” or to get governmental or academic benefits that could have gone to “legitimate” Natives. We were regarded as disingenuous, opportunistic, exploitative, and insensitive to the suffering of “real” Indians, and because we do not have some tangible claim to Native “culture,” we don’t get to “count” our ancestry. There were even suggestions made that our families used unfounded claims of Native ancestry to cover up an African American or black presence in our family trees. I cannot even begin to articulate my outrage at the blind bigotry of such a suggestion.

In the United States, Native ancestry is the only race/ethnicity that one must prove in order to make a legal identity claim. Proof depends on public records, from birth certificates to death certificates, and everything in between. Qualifications for membership in a particular tribe are defined by that tribe; it is infamously difficult to claim membership in the Cherokee nation. I know half-blooded Cherokees who were denied membership because of their full-blooded parent’s cultural disavowal of the tribe. Other tribes require a certain blood percentage in order to qualify as a member. I am lucky that I am Oklahoma Choctaw rather than Mississippi Choctaw, who require members to be at least one-half Mississippi Choctaw; Oklahoma Choctaw only have to prove that they had an ancestor on the Dawes Rolls, a (particularly less-than-useful) census produced by the 1893 Dawes Commission. The purpose of the Dawes Commission was to convince the Five Civilized Tribes (Cherokee, Choctaw, Chickasaw, Creek, and Seminole) to cede tribal ownership of Indian lands and to adopt the policy of dividing tribal lands into individual allotments, a policy which was enacted for other tribes by the Dawes Act of 1887. My family is currently undergoing the necessary research and documentation to “prove” our membership.

“‎Do you feel that your own people and country are somehow always positioned outside the mainstream? Have you ever felt that the moment you said the word ‘I’, that ‘I’ was someone else, not you? That in some obscure way, you were not the subject of your own sentence? Do you ever feel that whenever you speak, you have already in some sense been spoken for? Or that when you hear others speaking, that you are only ever going to be the object of their speech? Do you sense that those speaking would never think of trying to find out how things seem to you, from where you are? That you live in a world of others, a world that exists for others?” (p. 1)

As a part-Native person with a “legitimate” claim to ancestry, this series of questions struck a chord with me. I don’t have a voice. I am either assumed to be white, or discredited because I am only part-Native. I don’t fit; I don’t have a voice. I am not white enough to be white, even though I benefit from white privilege, and I am not Native enough to be Native. I am told that—for trying to claim an ancestry for which I have a legitimate, biological claim—I am trying to exploit the suffering of others for my own opportunities. Or worse, I am told that I am lying, or that I don’t have a right to recognize my ancestry. Sometimes, I feel like I am blamed for choices my great-great-grandmother made. I don’t get to “count” myself as Native because I don’t practice the traditions, but I don’t practice the traditions because my Native great-great-grandmother married a white man. Maybe she did it for love, maybe she did it to get away from the suffering she faced on the reservation in Oklahoma. Either way, she made the choices, and those choices don’t change my blood. They don’t change who I am. 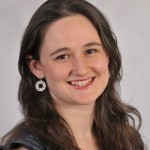 Katelyn Willis is an academic, activist, and writer specializing in dynamics of identity and faith. She is focused on exploring the intersection of theology and human sexuality. Katelyn graduated from Rice University with a Bachelor of Arts in Linguistics and Religious Studies, and from Yale Divinity School with a Master of Divinity. She is currently pursuing a Master of Theology at Candler School of Theology, producing a thesis on the topic of embodiment and liturgy. Through her work, Katelyn wants to help the Church engage sexual health and reproduction in a meaningful way that effects change, particularly in decreasing teen pregnancy through theologically-based comprehensive sex education and access to contraception, as well as providing care to women suffering from reproductive loss (i.e., abortion, miscarriage, adoption, stillbirth, etc.). She comes to Postcolonial Networks through an interest in the social structures that produce and influence cultures of sexuality, including class, race, cultural context, etc.