Two weeks ago, I presented a paper at the American Academy of Religion’s annual conference during a session of the Latin@ Religion, Culture, and Society Group.  I used José Muñoz’s work on disidentifications in conversation with Leela Fernandes and Gilles Deleuze.  His work captivates me, and this is one of my most favorite quotes of his:  “I have proposed a different understanding of melancholia that does not see it as a pathology or as a self-absorbed mood that inhibits activism. Rather, it is a mechanism that helps us (re)construct identity and take our dead with us to the various battles we must wage in their names–and in our names” (José Esteban Muñoz, Disidentification).

I first encountered José Estaban Muñoz in a Critical Sexuality Studies seminar at the University of Denver. It was my first exposure to a male-bodied Latin@ theorist doing queer work that was critical, creative, and necessary for today’s Latin@ queer.  His work helped me create a necessary disidentity with normative claims regarding identity and race, and showed me that there is a different option than resistance, allowing a queer affective and performative turn to take shape in some of my work.  I’m sure there are others, but Muñoz became like a guiding light for me as I thought about a ‘brown’ queerness and how a ‘brown’ materiality matters in today’s world.  It occurs to me that Muñoz sees life and energy in words like ‘brown’ and ‘queer’. He showed me how feelings matter, that they create texture, and taught me that the future is (on) queer time.  His work motivated me to make creative and critical twists and turns in relation to mestizaje and identity, and gave me the imagination to think things like race and class are discursive textures to bodily materiality. His work is a necessary, critical, and affective turn for Latin@ queers, and we must all find a way to make his voice central to the work that we are doing because his number one priority was to create community with his work, and as a queer Latin@ myself, community is what drives my own work.  The story does not end there. The queer Latin@ community grieves now, because one of our own has passed too soon.

A few days ago, as I talked with a close Jot@, I learned of Muñoz’s sudden death.  I was shocked at the news; my mind raced to think of all that was possible with his work and how his work made a compelling in(ter)vention for queer Latin@s who were thinking critically about identity and race, performance and community.  I was in disbelief at the news I heard.  I scanned the internet to find numerous notices of his sudden death, and simply couldn’t believe what I was reading.  The absence of his voice is a great loss. The coverage, perspective, and sheer inspiration of thought must be taken up as a charge for the next generation. His work must now live on in others. 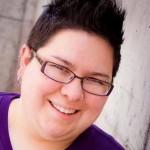