Got to Kick at the Darkness “’til It Bleeds Daylight”

Got to Kick at the Darkness “’til It Bleeds Daylight”

I have to say as a lay Catholic theologian living in Northern Ontario, I am very conflicted by the selection of our new pope, Francis. In many respects, Pope Francis epitomizes the contradictions and conflicts I see in the pews today. Often I remain silent when others echo the socially conservative ethos of the Church hierarchy. One of my professors at Saint Paul University in Ottawa commented that as he looked back on his life as a priest, missionary, and academic, he thought what today’s church needed more than anything else is an ecumenical movement between ‘Left/Progressive’ and the ‘Right/Conservative’ Catholics.

I see this contradiction in Francis’ humility and commitment to the poor in tension with his vitriolic and over-the-top attacks on same-sex marriage in Argentina. This pope’s emphasis on his role as ‘Bishop of Rome,’ with no reference to ‘supreme pontiff’ or other imperial language or trappings of the papacy, has the potential to relativize the power of the papacy balanced by the needs and wisdom of the local church. That said, as a lay, underemployed theologian, I feel pretty marginalized and isolated in my local church. But I continue to hope.

In an interview given to Turin’s La Stampa and reported in the New Yorker, then Cardinal Bergoglio, now Pope Francis expressed this contradiction as

A Church that goes out into the street, is going to be full of the same contradictions we find in the pews, saints and sinners, progressives and conservatives, Catholic Worker and Opus Dei. But hopefully, as Francis notes, accidents do happen, and it is in these unexpected accidents that the Holy Spirit moves.

A Church that goes out into the street, warts and all, lives in the light. A Church that “remains closed onto itself, self-referential” is cloistered in darkness.

A Church that goes out into the street; that lives in the day may sometimes take a road that I am not comfortable with, or I may vehemently disagree with, such as the stand against marriage equality.

But this too is in the street, in the light, for all to see. When the Church enters the debate in the public square, then I, who, with the whole people of God, am also the Church, can challenge and in good conscience, hold the Church to account.

As the apostle Paul reminds us, we are “all children of light and children of the day; we are not of the night or of darkness. So then let us not fall asleep as others do, but let us keep awake and be sober; for those who sleep sleep at night, and those who are drunk get drunk at night. But since we belong to the day, let us be sober, and put on the breastplate of faith and love, and for a helmet the hope of salvation. For God has destined us not for wrath but for obtaining salvation through our Lord Jesus Christ” (1 Thessalonians 5:5-9 NRSV).

Francis gave us an indication of what this movement into the streets might mean for the church during the homily delivered at his inaugural Mass. “Today too, amid so much darkness, we need to see the light of hope and to be men and women who bring hope to others. To protect creation, to protect every man and every woman, to look upon them with tenderness and love, is to open up a horizon of hope; it is to let a shaft of light break through the heavy clouds; it is to bring the warmth of hope!”

Our hope, then, will not be found in Pope Francis, but in the light that is found in the streets, “set against the horizon of God, which has opened up before us in Christ.” Or, as Bruce Cockburn reminds us, “nothing worth having comes without some kind of fight—Got to kick at the darkness ’til it bleeds daylight.” 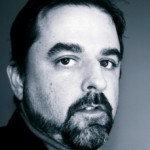 Christopher Duncanson-Hales is currently living in Sudbury, Ontario as an independent scholar of theology and religion and an itinerant University instructor throughout Ontario.