In the jubilation that accompanies the selection of a pope many commentators have expressed hope that the papacy of Pope Francis (née Jorge Mario Bergoglio) will feature reform.  On some level, perhaps, every queer Catholic heart hopes that the appointment of a new Pope will feature a reform of the homophobic rhetoric that has been so damaging to our community for so long.  For such reform to come during the reign of Pope Francis, however, would take a conversion experience of George Wallace proportions.

During his tenure as Cardinal, Bergoglio made it clear that laws designed to protect lesbian, gay, and bisexual families are “sent by the Devil,” and that our attempts to achieve legislative equality are “a move by the father of lies that seeks to confuse and deceive the children of God.”  “Let’s not be naïve,” the Cardinal wrote, referring to Argentina’s Federal Same-Sex marriage and Adoption Act, “This is not a simple political fight; it is a scheme to destroy God’s plan.” The then-Cardinal referred to same-sex marriage as a “dire anthropological throwback.”

In a book he co-authored as a Cardinal, the now-Pope wrote,  “Dialogue is born from an attitude of respect for the other person, from a conviction that the other person has something good to say. “ By his own definition, we can safely assume that whatever else may change, the reign of Pope Francis will not be one that initiates a dialogue with the sexual and gender minorities of the world.

On a positive note, it has been speculated that his fiery rhetoric was in part responsible for the passing of the Argentinian legislation he opposed. Given this, perhaps Pope Francis’ contribution to reform will be to so alienate those Catholics who support same-sex marriage (which a recent poll puts at 54% in the US), that a demand for real reform on sexual and gender equality shapes the next Papacy. 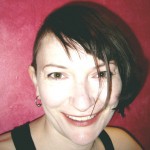 Margaret Robinson is a general editor and board member at Postcolonial Networks. For more information on her work, click here.