It was an aesthetic delight to experience the work of Sotigui Kouyaté in his highly engaging last film London Rivers (2009) which won him a ‘Silver Bear’ at the Berlinale Filmfestival. Interviewed in 2001 he explained how he felt about his roles as an African and a storyteller:

Let’s be modest. Africa is vast, and it would be pretentious to speak in its name. I’m fighting the battle with words because I’m a storyteller, a griot. Rightly or wrongly, they call us masters of the spoken word. Our duty is to encourage the West to appreciate Africa more. It’s also true that many Africans don’t really know their own continent. And if you forget your culture, you lose sight of yourself. It is said that “the day you no longer know where you’re going, just remember where you came from.” Our strength lies in our culture. Everything I do as a storyteller, a griot, stems from this rooting and openness.

Sotigui Kouyaté was a Malinese actor and storyteller who sadly died in Paris on 17 April 2010. He began his theatrical career in 1966 at the age of thirty. In addition to twenty or more film appearances and roles he has worked with the legendary ‘intercultural’ world-theatre director, Peter Brook, in the adaptation of the Indian epic The Mahabharata (1983), which came to Glasgow’s Tramway in 1989.

London River finds Sotigui Kouyaté working brilliantly with Director and writer Rachid Bouchareb in a film whose story unfolds in the context of the terrorist bombings of London on 7 July 2005. The 9/11 bombings appalled the world and have been subject to a variety of literary interpretations and layers of cultural reconstruction, as well as dubious projects of commercial exploitation. The London and Madrid bombings have been less well covered and are less well understood. But Bouchareb’s moving and poetic film is less an attempt at documentary retrieval of the facts than an opportunity to reflect upon the awkward colliding relationship between an African-French Muslim and a white Guernsey-Christian, who come to London in search of their missing children. As Bouchareb states in the interview reprinted on this site, his film was ‘first and foremost a human drama.’ Prayer and religion is a major theme for the film, but it does not organise the subject matter. Rather, we follow the performances of Sotigui Kouyaté and Brenda Blethyn as the painful necessity of intercultural dialogue and communication emerges through their conjoined destinies. Loneliness and despair alternate with hope and redemption in a film that never collapses into cliché or easy emotional effects. I’d recommend the film and the interviews to anyone interested in contemporary society or postcolonial themes, and would also hope that the film reaches a wide audience beyond the arthouse circuits and smaller indyfestival. The themes that London River presents are global issues; but they are also a call for local interaction, dialogue and conversation, here and now, on our doorsteps. As Sotigui Kouyaté elegantly says in his interview:

“The theme of the film doesn’t just concern Africa, but the whole of society. That is, it is about the crisis of communication and the problem of identity. This is particularly relevant to Africa. I believe that every African has a duty towards Africa, since every African carries Africa within him. But Africa is terribly misunderstood – by others and by itself: the word ‘Africa’, itself is such a superficial term, given the diversity of nations and peoples. African is 3 million metres squared – that’s the size of Europe, the States, China and Argentina all together! We can’t talk of it as if it were a single entity, there’s more to it than that. One of the interesting things about Rachid’s film is that he shows an older African travelling abroad to find out what Africans abroad are like, what motivates them. Many films show African-Americans going back to the old continent to discover their roots, but this film shows the reverse of that.”
This, for me, is the first time I’ve seen that on film. But while I am African, and always will be, what matters most to me is humanity. In any story, if the human being is not at its heart then it doesn’t interest me. London River is about the problems that life poses for mankind. It has to do with the attacks of 7/7, and it also talks of Islam, but these subjects are not at its heart. Rather, it wants to show the difficulties people have in accepting one another, the fear they feel. It is a film about how we react to things, and this is what interests me. It teaches us that when you meet the other, don’t be scared to look them in the eye; for if you are brave enough to do so, you will finish by seeing yourself more clearly.” 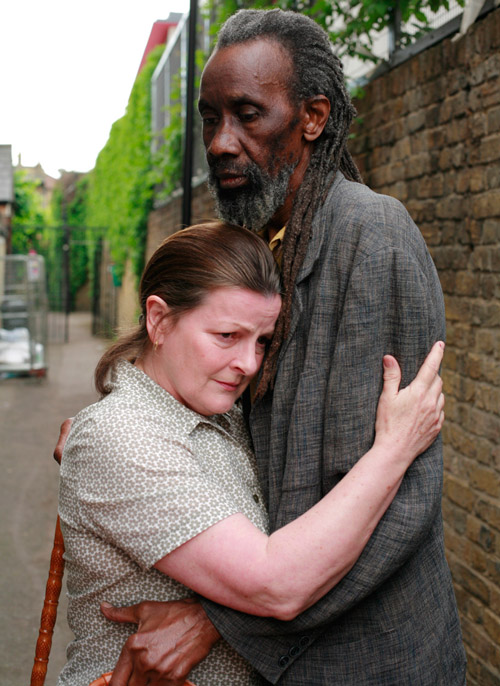 About the Author: Ian McCormick