Marcella Althaus-Reid: The Next Generation of Indecent Theologians

Marcella Althaus-Reid: The Next Generation of Indecent Theologians

The memorial panel held in honor of Marcella Althaus-Reid at the 2009 American Academy of Religion meeting moved me to organize a meeting to “press on” with her postcolonial and queer intersections. At that 2009 meeting Marcella’s scholar friends like Mario Aguilar, Lisa Isherwood, and Kwok Pui Lan eloquently spoke of their friendship with Marcella and her impact on their life and work.

Last week a different group of friends met in Buenos Aires to share their conversations about Marcella. Most of these men and women from South America never met Marcella. They contacted her through social media and sometimes spoke with her by phone. Some might say that they were not really friends of hers. These kinds of remarks diminish the power of Facebook and other social media platforms to aid in the proliferation of indecent and transformative theologies beyond the inner circles of scholarly power. Each time, those who reached out to Marcella made her feel like her work mattered in South America. What is more, these men and women engaged her work in ways that have led to the transformation of churches and of how the next generation of indecent theologians is taught.

On a number of levels the Buenos Aires meeting marked a new generation of postcolonial, queer, and liberation scholarship.

I – Marcella left South America for graduate studies. Her work was written and published in English. The majority of her work was never published in Spanish. Theological faculty like Hugo Córdova Quero and Nicolas Panotto lack the privilege to teach Marcella’s theology in Spanish. Many of their students cannot read Marcella in English and must hear secondhand about her work. The books that emerge from the Pressing On meeting will be the first postcolonial theology texts published in Spanish. The publication of these books in Spanish first and later translated into English is an intentional decolonial act to honor Marcella Althaus-Reid and to mark a new generation of scholarship.

II – The philosophy that motivates Postcolonial Networks’ meetings is rooted in justice seeking: scholars in majority world contexts ought to have the privilege of being heard by and published for a truly global audience, that their voices would be heard throughout the world. Most of these scholars would not have had the privilege to attend the same meeting if it were held in New York or London. The vision of Postcolonial Networks is not just ease of access for all, but also to decolonize access to expand who has the privilege to be amplified, published, and heard. If the meeting had been held in New York or London the material published would, like the majority of published postcolonial scholarship, have continued to be restricted to North American and European voices. It would never have surfaced that Marcella’s work has been having a tremendous impact in South America.

III – The Pressing On meeting was the first Postcolonial Networks meeting where if a scholar did not have the funds to fly to Buenos Aires they were offered the opportunity to presenting their paper through Skype. Telecasting papers from around the world added an ease of access that helped scholars who otherwise would never have met to converse across geographic and cultural boundaries.

IV – Through Skype and WebEx, many scholars can experience levels of engagement, albeit limited, that would be otherwise impossible. Those who do have the resources to travel, however, would experience a benefit that otherwise cannot be gained by reading books in the comfort of our (North American and European) homes. The context is as much a part of the narrative as the papers presented. I felt it was important to walk the streets that Marcella walked and influenced her writing. The lemon vendors are gone, but the struggles for liberation remain under different guises. Narrated and read experiences are not the same as face-to-face encounters.

V – The latter half of our time in Buenos Aires was spent at a postcolonial theory meeting organized by Nicolas Panotto of Grupo Gemrip, our strategic partner. The meeting complemented my most significant experience described above under section I.  One theorist spoke about the colonial knowledge production process in which scholarship does not easily flow from South to North or North to South. The economics and distribution processes have never been decolonized. These concerns have been a priority of Postcolonial Networks from its inception and we are very close to forming a taskforce to address these issues, shaped by a vision of progressive change.

As founder of Postcolonial Networks, this was the most important trip I have made so far.  There is a hunger in South America for liberation. I learned from eloquent theologians grounded in struggle ways to become a more authentic theologian. The Pressing On meeting opened with Nestor Miguez stating that one can never only talk about the postcolonial without also talking about the colonial and anti-colonial. Whatever we mean by the postcolonial must never erase the ongoing work of hearing stories of colonialism. I heard papers in Buenos Aires that I would never have heard at the AAR (American Academy of Religion) or other North American or European meetings. I asked one scholar how dangerous it was for him to give his paper at a meeting like this. He said, “very dangerous!”

Are postcolonial theologians in North America and Europe ready for their theologies to become truly indecent and then dangerous in ways that unseat the dominance of colonialism and even their superiority and exclusivist authority? Several senior scholars had planned to come to Buenos Aires but for a variety of reasons they did not. It is unfortunate as they missed an incredible meeting. At the same time their absence was an unintended gift that allowed a new generation of scholar-activists to emerge. Let’s face it: when many senior North American and European scholars are present at a meeting a culture of deference almost always takes over. Younger scholars often begin to judge their own words harshly, choosing to censor their contributions for fear that they will look silly in the presence of those they perceive to be masters of the discipline. These cultural behaviors are as much a part of a colonial system of knowledge production as are other more tangible forms of marginalization.

Within a small community of scholars and activists at the Pressing On meeting several important decolonial steps were taken.

The theorized other was a visible subject with self-authority to reshape conversations.  The Marcella Althaus-Reid who left had returned through the voices of a new generation.

These decolonial steps must continue to press on in ways that privilege all to produce and share in knowledge production around the world. We need to continue to decenter North American and European postcolonial scholarship to welcome a new generation that comes from a multiplicity of contexts. When we do so we honor and cherish the legacy of indecent theologians like Marcella Althaus-Reid. 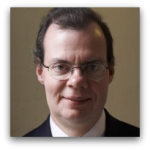