My first instinct is to say that, indeed, a black man wearing glasses does seem less threatening than a black man who is not wearing glasses. Now, I am perfectly aware that this is based on no social scientific evidence, but merely on the gut feeling of one short, stout, over-educated asian-american woman (who, incidentally, does not wear glasses but does wear contact lenses). I am not sure anyone would agree with my assessment, but if you were, for the sake of argument, to agree with my gut feeling, the question remains: why?

I wondered to myself—in a desperate attempt to distract myself from the cold New England wind—if the reason a black man with glasses seems less threatening than a black man who is not wearing glasses is because glasses are often associated with the intellect, the academe, the scholar, and the thinker. It is a symbol and a symptom of one who reads too much in dim light. It is a signifier of mind-work. In America, the black body, along with the Latino body in some ways, however, has often been closely associated with manual labor; with agricultural fields and heavy lifting, that is, with body-work. This is perhaps even more true of the black male body than the black female body, which often conjures up in the racially coded American imagination images of caretakers: Mammies and Aunt Jemimas.

If black and Latino bodies are associated with body-work, white bodies, as well as asian bodies, on the other hand, seem to be more associated with mind-work. This may seem obvious to you. For me, however, this observation may be the result of the realization that my asian-american body, a minority in the country at large, does not “count” as a minority in the realm of higher education. Thinking further, I mused that this dichotomy may also work, somewhat, with our ideas about gender. Women, stereotypically the bearers of children and the keepers of houses, are body-workers, while men, as is painfully clear to the non-male denizens of the Ivory Tower, are mind-workers.

At this point, I think it may be wise for me to pause and assure my dear reader that I do not mean to suggest that any of these designations are true or fair. I merely wish to describe how I see and understand our racist and sexist world in my little corner of the Western world. I do not mean to offend, although I am also aware that offense may come from one who does not mean it. I know that racism, sexism, and classism influence my thinking constantly, and although I make an effort to combat these forces of prejudice, I often fail. I therefore apologize if any offense has been taken at my words thus far, and also for my words to follow. Instead, I beg your pardon and indulgence as I attempt to explore a topic I never considered before. I hope that this article will spark corrections, criticisms, and conversations as I truly wish to learn from the thoughts of all of you.

Having thus defined the world in terms of mind-workers and body-workers, I am left to wonder why we—or at least the “we” that contains the cultures of the West—seem to value mind-work over body-work. I am aware that this query may be strange to address to a network of intellectuals, but I believe it is one worth asking. My first instinct was to blame the fathers of the Enlightenment, that convenient scapegoat for adherents to postmodernism, postcolonialism, and other post-isms. Although it is true that the Enlightenment did seem to place inordinate value on education and erudition, my work on the third-century CE patristic theologian, Origen, suggests that the valuation of mind-work over body-work is an old hat.

Origen believed that the process of sanctification is mind-work. In book 2, chapter 11 of his famous work of systematic theology, On First Principles, Origen describes how the bodies of the faithful will be resurrected in the coming age. He writes,

“thus the rational nature, growing by each individual step, not as it grew in this life in flesh, and body, and soul, but enlarged in understanding and in power of perception, is raised as a mind already perfect to perfect knowledge, no longer at all impeded by those carnal senses, but increased in intellectual growth; and ever gazing purely, and, so to speak, face to face, on the causes of things, it attains perfection” (ANCL, Origen, Peri Archon 2.11.7).

Thus, for Origen, the promise of the world to come is the attainment of intellectual perfection; a resurrection, as it were, from the neck up. However, what would it mean to approach the divine through body-work rather than mind-work? Furthermore, how does our societal prioritization of mind-work reinforce race-, gender-, class-, and ability-based oppressions? What would it look like for us to lift up body-work or integrate mind-work and body-work into a single expression? Please, friends, I invite your ideas. 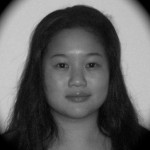