The last time I went to the theatre, it was filled with educated and privileged people from all around the Princeton, NJ area. A group of us, dissertation fellows, from the Hispanic Theological Initiative had been invited to see the play The Convert in its world premiere at McCarter Theatre where Emily Mann directed it. I know from comments I overheard from another group of church friends during intermission and afterward, that in their view much of the audience was filled with, in the words of my church friend, “white guilt.” But I also know that for some of us in the room, including myself as a Latin American Christian and student of Christian Social Ethics, the play made a different sort of sense. For some of us, the meaning of the play was not centred on an emotional reaction to a personalized story about a young black girl and her relationship to a fast-changing world in Southern Africa around the turn of the twentieth century. To me, in the midst of writing a dissertation about Christian feminist resistance, but from what is seldom understood as Afro-Latin America, the play resonated through a decolonial lens, as it focused on the first insurrections of a revolutionary struggle against European colonial rule in what we know today as Zimbabwe.

From first sight, Danai Guirira’s latest play is confrontational, even in what would seem inoffensive characters. The contrast is between two types of Africans. Some characters are Westernized by force, or out of necessity, while others are part of the colonial enterprise as they are representatives of Western colonial and ecclesial interests. The audience is drawn into the play by a woman’s voice speaking in a South African language. This opening is confrontational because the setting, a European style living room suited with a large cross and Christian altar, and the first character introduced, a grandmotherly African woman cleaning, give an air of extreme contrast. The first character we see is Mai Tamba, an elderly black African woman who is not Westernized but has been made to meet Western standards, she is barefoot, wearing a hair kerchief and a plain Western dress that covers her body, she is clearly a maid, and by her gestures she is seen as not more than a servant. The next character we are introduced to is Chancellor, who is a priestly man, also black African, but appearing very Western in his speech. His anxiety represents his Western attitude toward his responsibility for church work and his distress over the development of the mission he is overlooking as a catechist and clergy hopeful turned colonial foreman of sorts. Then the young girl, Jekesai (“The Convert,” whose name then becomes Ester), an adolescent in her village skirt and her bare breasts, appears in the very Western living room. Mai Tamba, the elderly housekeeper, is the girl’s aunt, and in a metaphor for the larger anticolonial story attempts to save the innocent girl from an arranged marriage. Bringing the young girl to the foreman’s house is Tamba, the housekeeper’s son and the girl’s cousin, who have helped her escape from “Uncle” as they call the family elder who has arranged for her to marry a much older man because of the financial advantage this would bring, yet against Jekesai’s will. The last main characters entering the play are Chilford, who is Chancellor’s friend and Prudence, Chilford’s fiancée. These last two characters and Chancellor, the priestly foreman, are all dressed in Western, Victorian-age clothes, speak the Queen’s English and have all been educated by mission schools—except for Prudence the fiancée; she has been sent to a special school and is the highest educated of them all. I resonated with these characters, as a highly educated woman from another colonized continent whose resistance heritage has not been told completely. I understood the lineage to the past traditions as well as the lineage to violence, evangelism, colonization and resistance that came with such history. I reacted most familiarly with the decolonial perspective of what political insurrection and an appropriated Christianity have to do with resistance movements.

In the play, what we see staged are two Africas: the Africa of the elders, and the Africa of the younger generations. However, rather than a confrontation, this is a story about unresolved conflict between generations and between worlds. The play unfolds over the span of three hour-long acts, and each represents a year. The first act sets the tone in what was Mashona and Matabeleland at the end of 1895. The conflict between worlds is set within African characters solely; all Europeans appear by reference only. This puts forth a postcolonial commentary on the role that local traditions and culture play when, in the words of the playwright, the conflictive intrusion of “taxes, menial labor and Judeo-Christian morals imposed by an uninvited lord” (Gurira, 2011, Introduction) generate a clash between not only present generations, but also the generations of ancestors and descendants. The clash between Westernized Africa and the way of the ancestors becomes clear in the second act, set in 1896, in the British Colony that was to become Rhodesia in 1965, and then Zimbabwe fifteen years later. Insurrection is being organized by the local Shona spirit medium and villagers against the colonialists, including their African representatives. By the third act, set at the end of 1897, the insurrection has been violently crushed by the capturing and execution of the spirit medium, the chief who had surrendered, and followers from the Shona Village. The lawlessness and complex conflicts pervading the actual events come through in the play, with reconnaissance armies of villagers working for the colonial powers hunting down resistant villagers.

The church and the convert are the medium through which the play explains this confrontation. The church had mission schools where young villagers were taken in and educated. Chancellor, the catechist in the play had run away from home and felt repulsed by his heritage as the son of the local village’s spirit medium, the chief. Jekesai/Ester, the young girl, represents the innocence of those who learned about Christianity from other villagers, fellow African brothers and sisters, but who also remembered their local ways and a different kind of justice.

A murder displays the clashing world views: Chilford, the Westernized friend has been killed by Tamba, the housekeeper’s son, over money and anger after local miners were fired by the European caretakers for no justifiable reason. The mystery of the murder is kept quiet by Jekesai/Ester, the young girl convert, who, protecting her cousin Tamba, does not reveal that Chilford tried to rape her. Mai Tamba, the Aunt and housekeeper, had been fired for practicing her ancestral rituals in a Catholic home. Prudence, the foreman’s murdered friend’s fiancée reveals that she is pregnant with the murdered man’s child, but has no way to keep this baby; as an educated African woman she is the loneliest and oddest among them all. In the end, as the playwright herself states, “there is a grappling with home, place, space and voice on the one hand and those glad to be free of the strictures of their forefathers” (Gurira, 2011, Introduction). This is a play that not only grapples with the violent reality of colonial power, but also with the violent reality of the colonized and their ever developing “bloody, and age long” problems (Gurira, 2011, Introduction).

My reaction to white guilt is that it is paralyzing and as such it further segregates the world. Rather than feeling guilt, white and other privileged people seeing this play should understand the meaning of the resistance of colonized peoples. This was not a story about whiteness or the racism with which colonization took place throughout the world. This story instead focused on the aftermath of colonization, the rebellions that led toward either independence movements or further colonization, of which Apartheid was only one example. I would hope that this play serves as a lesson in the resilience of cultures that maintain a sense of their present not only as seen through the lenses of post-colonization, but through the ambiguity of dangerous memories of times when the tensions between worlds were first represented in internal conflict. Those of us deeply thinking about the genocidal effects of civil war, rape as political punishment, and class conflict introduced by Western standards of education and Christianization might also ask how these are representative of not only European colonization, but of twenty-first century social, economic and political globalization. As a mixed person of Latin American heritage and as someone who works in the field of theology and Christian Ethics, I would want us all to actively engage with peoples around the world who are grappling with political and economic conflicts started by cultures engaged in empire building with the support of the church that results in a globalized pattern of dispossessed peoples and privileged peoples. I would exhort us all, as educated and privileged people, to overcome guilt by taking responsibility to work toward another sort of education: the education which results from solidarity and direct engagement with social and cultural movements of liberation.

Matilde Moros is the Assistant Dean for Special Programs and Initiatives at New Brunswick Theological Seminary (NBTS), New Brunswick, NJ., and a PhD Candidate in Ethics at Drew University. 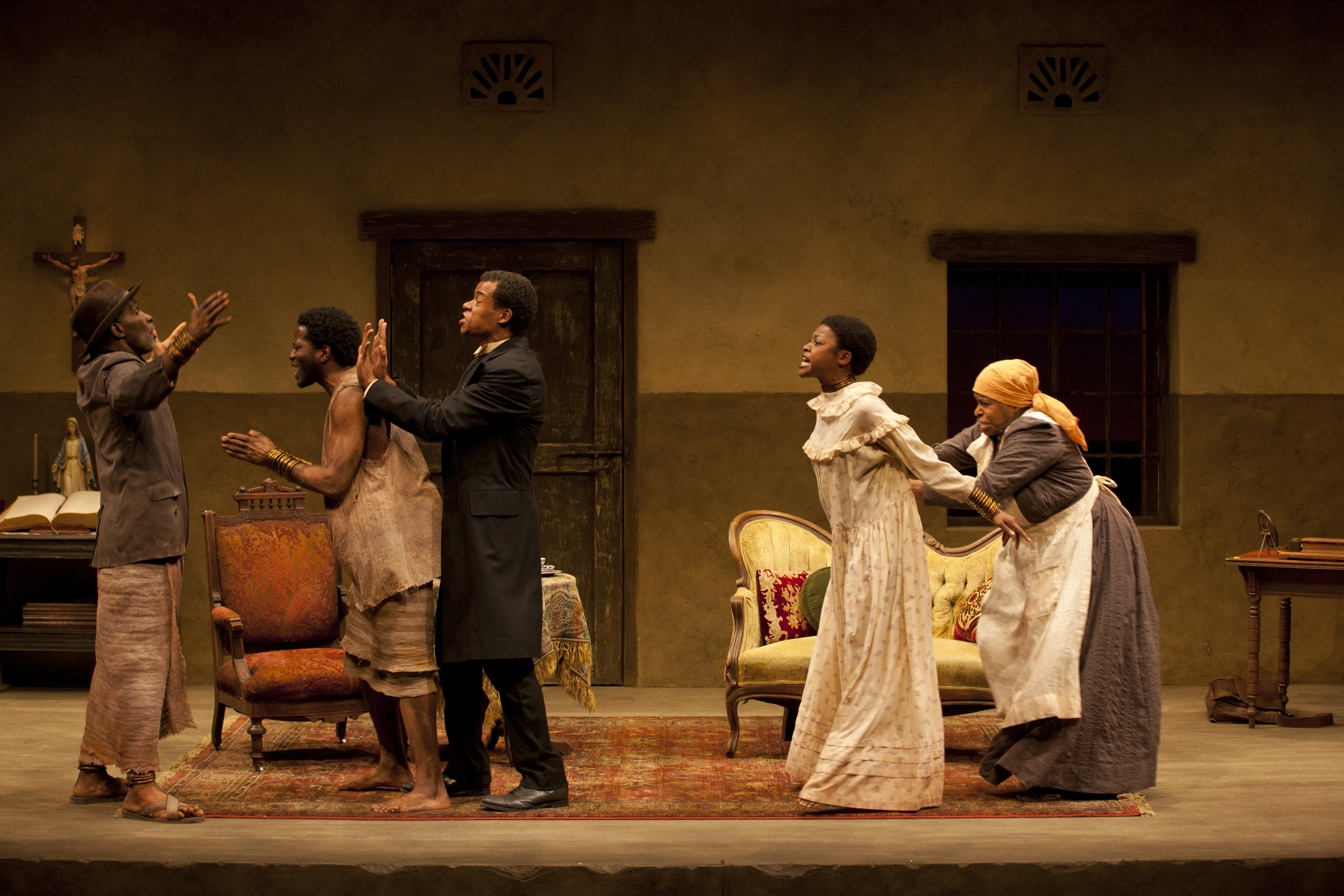