The origins of Dalit Theology and Dalit Liberation: Problems, Paradigms and Possibilities lie in author Peniel Rajkumar’s “personal discontentment at Dalit theology’s failure to be effective in a practical manner” (p. 183). Here one can see the deep feeling of a young Dalit theologian and a teacher in one of the most prestigious theological colleges in India. To understand such feeling one needs to know the history of contextual or liberation theologies.

“On the one hand,” Rajkumar argues, “we have the growing academic influence of Christian Dalit theology as a form of contextual theology, whereas on the other hand we have the glaring discrimination of Dalits within Christianity as well as the continued passivity of the Church to engage in issues of Dalit liberation. This incompatibility in my opinion is symptomatic of the practical inefficacy of Dalit theology. Dalit theology does not seem to have significantly influenced the social practice of the Indian Church” (p. 1). Rajkumar’s words are particularly true of the 1980s and 1990s, when Dalit theology took its roots, but the situation has changed much today.

In most cases, acceptance of a new theology by the Church and even by some in the academic world comes very slow. In the case of Dalit theology, acceptance came in a very short period of two decades, and today it has become part of the core curriculum of the Bachelor of Divinity of the Senate of Serampore College in West Bengal, India. It is true that response from the Churches is still slow, but during the last decade it has been gaining momentum. The best example of such a response is the keen interest both Protestant and Roman Catholic Churches (included their heads) have shown in my edited work, the Dalit Bible Commentary: New Testament (Centre for Dalit/Subaltern Studies, 2008), while attending release functions in Delhi, Bangalore, Chennai, Kolkata, Vijayawada and Pune.

Besides the introductory and concluding chapters, Rajkumar has divided his work into two parts: the first consists of four chapters, in which he identifies the reasons behind the churches’ response to Dalit theology; the second part offers an alternative biblical paradigm for Dalit theology in three chapters.

In Chapter One Rajkumar makes a clear survey of the existing status of Dalit theology by posing three basic questions: “Why did Dalit theology emerge? What are its objectives? How does Dalit Theology attempt to achieve these objectives?” (p. 23). As part of the first generation of Dalit theologians, I must admit that the author has helped even me to understand the development of Dalit theology during the last two and half decades. As an answer to his first question, Rajkumar has referred to two most important pioneers of Dalit theology: M.E Prabhakar and A.P. Nirmal. He rightly quotes Prabhakar, according to whom Dalit theology emerged due to “the insensitivity of the Church and the Indian Christian theology to Dalit concerns” (Prabhakar, 1998, p. 203, cited in Rajkumar, 2010, p. 25). Building upon A.P. Nirmal’s argument, the author concludes “that no attention was paid to the oppression, suffering, aspirations and cultural expressions of Dalits as ingredients of a truly indigenous theology was an important contributory factor to the emergence of Dalit theology” (Nirmal, 1998, p. 215, 217, cited in Rajkumar, 2010, p. 36).

About the objectives of Dalit theology, Rajkumar quotes a number of earlier Dalit theologians, such as Franklyn Balasundaram, who argues that “Dalit theology should be informed by a transforming social vision based on the principles of liberty, equality and fraternity” (Balasundaram, 1997, p. 89-90, cited in Rajkumar, 2010, p. 41). But how will Dalit theology achieve these objectives? His answer is based in part on my own view that solidarity among Dalits (both Christian and non-Christians) is essential for the Dalit struggle because “only through a commitment to solidarity” can Dalits “generate power among themselves to face the challenge of their opponents” (Massey, 1997, p.78, cited in Rajkumar, 2010, p. 41).

Rajkumar has also looked into the caste discrimination against the Dalits. He is right in pointing out that “One of the failure of Dalit theology is that no sufficient study has been conducted so far on the far-reaching consequences of the notions of purity and pollution and the influence they wield on the ‘caste psyche’ with regards to Indian caste system. Rather there has been simplistic ‘casual linkage’ between notions of purity and pollution and caste based discrimination” (p. 60). The main reason why Indian Churches are unable to respond to caste discrimination against the Dalits according to Rajkumar is the lack of “ethical guidelines to divert people’s response to caste” (p. 60).

In Chapter four, Rajkumar offers a model for a Christian ethical framework of action. He begins his discussion based upon a work of Robin Gill entitled Healthcare and Christian Ethics. Specifically, he uses the six features of the Synoptic healing stories identified by Gill: “passionate emotion, faith, mercy or compassion, touching, uncleanness, and reticence/restraint” (Gill, 2006, p. 81-82, cited in Rajkumar, 2010, p. 97). In his discussion the author has also made reference to the Latin American liberation theologians (like Jon Sobrino), but here one has to question if these sources can help the Dalit theologians, because they were not dealing with caste-based social order supported by religious tradition that makes the Dalit theology distinct from other contextual theologies.

Rajkumar’s own contribution is found in Chapter five, six and seven, where he examines three healing stories from the Synoptic Gospels: Jesus cleans a Leper (Mark 1: 40-45), Jesus heals the Geresene Demoniac’ (Mathew 8: 28-34; Mark 5: 1-20; Luke 8: 26-39) and the Canaanite/Syrophoenician woman (Matthew 15: 21-28; Mark 7: 24-30). From his introductory notes on “Reading for Liberation” (p. 113-114), Rajkumar’s method is clearly based upon that which he names “the liberationists” way of reading scripture (p.113). But in his detailed treatment of the healing stories in Chapters 6 and 7 he refers to only a few Indian authors and depends mainly on Western sources and scholars who do not deal directly with the caste-based Dalit context.

Rajkumar has indeed succeeded in his attempt to raise several crucial issues about the role and future of Dalit theology. His basic thesis is that Dalit theology is able to make full marks in academic circles, but has to go a long way before it will become part of the Indian Church’s inner being, energizing the Church to engage with the Dalit struggle for their full liberation. Therefore, overall, this is a book seriously recommended to the specialist and general reader in India as well as other global contexts.

Massey, James. 1997. Down Trodden: the Struggle of India’s Dalits for Identity, Solidarity and Liberation. Geneva: World Council of Churches.

James Massey is the Director of the Centre for Dalit/Subaltern Studies in New Delhi. 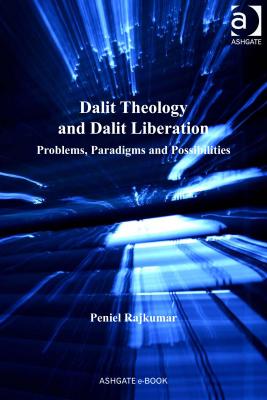