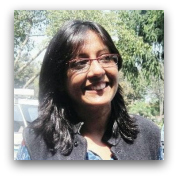 With 816 members, Facebook’s Postcolonial Literature, Theory Readers (PLTR) group is a hub of postcolonial discussion and engagement. Created in May of 2011 by Sachin Londhe, Assistant Professor in English at Kurduwadi, Solapur University, the group was intended as a place to exchange ideas related to the fields of postcolonial literature and theory. Since then membership has grown steadily, and under Londhe’s administration PLTR has become a space where original works, classics, theories and issues are discussed with enthusiasm and insight.

Postcolonial Networks asked both Sachin Londhe and Dr. Simi Malhotra, board member of Journal of Postcolonial Networks, professor of English at Jamia Millia Islamia in New Delhi, and PLTR member, about the benefits they have found in using social media, such as Facebook.

What sparked your passion for postcolonialism?

Sachin Londhe: When I took admission to the M.A., I came to know about Postcolonial literature and there I studied this subject as an elective, and from that time I am interested in Post-colonialism. Another factor is that I live in the country who has almost 150 years experience of colonialism.

Simi Malhotra: for locations such as the one I come from, interest in postcolonialism was de facto, inevitable. Therefore for me it wasn’t a case of ‘choice’ or ‘interest’ or ‘passion’, it was the very commonsense that defined my relation with my past, present and future.

PLTR has attracted a large following. What has been the secret of your success?

Sachin Londhe: The success of PLTR is because of the scholars who are studying and doing research in the field, and when they came to know the group they joined it to have fruitful exchange of thought and discussion. And of course, because of Social Networking sites, this is possible.

What do you see as the role of PLTR for postcolonial scholars? What does it offer?

Sachin Londhe: Certainly it will help postcolonial scholars in different ways. First, they may take the help from renowned scholars who are the member of the group. Second, they can share their opinion related to postcolonialism and they may get many comments on that. Finally they can get the email address of the concerned scholar and extend their contact for academic developments.

What sort of people have become members of PLTR?

Sachin Londhe: The PLTR has variety of members including professors, associate professors, and assistant professors in the subject of English. There are research scholars and students also. There are also members who belong to social sciences and other subjects of Humanities. And very interestingly, they are not from a single country, but from across the World.

Sachin Londhe: Social networking sites like Facebook provide a very good platform to those who are interesting in postcolonial studies. At the same time such sites have provided scholars and students to know each other online and share their views. Such sites have connected postcolonial scholars across the world.

Simi Malhotra: Social Networking sites certainly offer opportunities for many people from diverse backgrounds to come together and share ideas. It can make for interesting intersections across spaces. Not only is it a relatively cheap and therefore accessible mode of networking with academics who may be thinking along the same trajectory, but it makes for a more informal, more immediate and quicker exchange among participants. Often the drawback can be that it may not promote as much reflection as one may desire, but then again I suppose one has to learn to engage with it. To my mind it offers immense potential for sharing ideas with many more people much more quickly, thereby developing large circles of communicative communities.

What effect has intermittent or limited internet access in some regions had on who can join the conversation?

Simi Malhotra: While one may glorify the medium endlessly, one cannot ignore the digital divide which is all so evident in societies such as ours (India). Therefore unless there is a serious devolution of technology, it will remain a space of limited interaction, among members who belong to the ‘same’ grid in terms of, say for instance, access to resources etc.

Simi Malhotra: I think nowhere is the relationship between theory and literature as tight as it is with theoretical and literary reflections in the domain of critical and creative works of postcolonialism. Needless to say, it is responsive to challenges of both time and space.

Which developments in the field of postcolonialism are most exciting to you now?

Sachin Londhe: The re-interpretations about the relationship between colonizer and colonized, though it is not a development as such.

What do you see as the future of postcolonial studies?

Sachin Londhe: The future to postcolonial studies is bright because postcolonial literature is attracting many renowned scholars. And lot of research is going on across the world.

***
The Postcolonial Literature, Theory Readers group is available on Facebook