Below is the second text–and the first single-authored one–to be published in the Postcolonialism and Religions series, edited by Joseph Duggan, founder of Postcolonial Networks, and J. Jayakiran Sebastian, Dean of Lutheran Theological Seminary at Philadelphia. 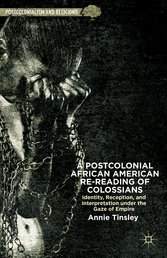 A Postcolonial African American Re-reading of Colossians: Identity, Reception, and Interpretation under the Gaze of Empire examines the identities of two seemingly unrelated groups of people; the initial recipients of the letter and the enslaved African in the North American Diaspora. Both groups, although unrelated, share a common element. They are both considered erroneous in their interpretations of the gospel. They are labeled and summarily silenced. This work gives both a voice and determines from their identities their response to the gospel. Despite the lack of harsh labels given to the initial readers of Colossians by modern commentators, the author of the letter was guilty of error in that the letter lacked deference to their former beliefs and culture.

The turn towards postcolonial hermeneutics has gathered apace in more recent times and this important book adds to this fine tradition. Tinsley has crafted an incisive and challenging text that brings African American experiences into a critical conversation with Colossians, giving voice to previously silenced communities that are situated behind and in front of the text. This is an impressive first and is a must read. – Anthony G. Reddie, Editor, Black Theology: An International Journal , Author, SCM Core Text: Black Theology.

For those who continue to search for insight into the meaning to the initial audiences of the various New Testament books, this work on the letter to the Colossians by Annie Tinsley is a most welcome resource. By engaging a postcolonial African perspective, she brings fresh insight into the text’s meaning by hearing voices silenced through oppression: those impacted by colonization in the first century, as well as the eighteenth and nineteenth centuries. – Randall J. Pannell, Associate Vice President for Academic Affairs, Regent University, US

General Introduction
PART I: THE PEOPLE OF COLOSSAE
1. Contemporaries of Laodicea and Hierapolis
2. Generations of belief in Mysteries and Mythological Cults
3. Jews
4. Subjects of Greco-Roman Empire
PART II: IDENTITY – PEOPLE OF AFRICA
5. African Traditional Religion
PART III: IDENTITY – ENSLAVED AFRICANS IN NORTH AMERICA
6. Identity through the Language of Enslavers
7. Identity through the Language of Enslaved
PART IV: TOWARDS A RE-READING OF COLOSSIANS
8. The Epistle to the Colossians
9. Colossians One
10. Colossians Two
11. Colossians Three
12. Colossians Four
General Conclusions 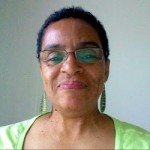