“Regardless of who wins the election, we’ve seen and will continue to experience how race is religion and both are malleable given the exigencies of U.S. politics in the 21st century. Malleable by whom? That’s the question, and for a starter, we can point to that room in which Mitt Romney was, in the words of the Slate article, ‘speaking fluent White,’ where dinners cost $50,000 a plate, where Palestinians could be said to have ‘no interest whatsoever in establishing peace,’ where everyone could laughingly agree that Romney’s campaign would be easier if he were Latino, and where the 47% of U.S. citizens who pay no income tax could be dismissed as irresponsible. That is who decides, and that power is what is under threat and reasserting itself in new racial-religious-political configurations.” 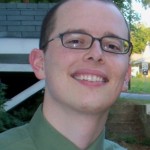 Timothy McGee is pursuing his PhD in systematic theology at Southern Methodist University. He lives in Dallas, Texas, with his wife and daughter.