I encountered the work of José Esteban Muñoz early in my work, as I was searching for the voices of queer of color cultural critique to influence my own pursuits within decolonized liberation theologies. My formal introduction to José began with the photo of Vaginal Davis on the cover of his seminal text, Disidentification: Queers of Color and the Performance of Politics. The provocative presence and performance of a queer person of color on the cover of this book welcomed me into a space where I felt safe to explore, problematize, and challenge my own understandings of the body, race, and sexuality. There is not a part of my work and scholarship that José hasn’t influenced or touched, and it is difficult even to convey in a word or a sentence that he is no longer with us.

José Muñoz’s timely and necessary scholarship created new paradigms, and most significantly, a new language for us to talk about the relationships between race, gender, and sexuality. In Disidentifications, José argues that queers of color are left out of representation in a space “colonized by the logics of white normativity” (xii). Disidentification is a way of responding to dominant ideologies. He presented a strategy that neither assimilates nor opposes, but helps us to examine ways to negotiate power.  José’s texts and theories have already made lasting impressions on queer of color theorists; and although his work focused primarily on the performativity of queers of color, that is, the performance of politics of queers of color, what he has done is develop a decolonial theoretical framework that is imperative for queer and postcolonial scholars and thinkers across fields and disciplines.

The joys and pains I take in writing about sexuality in Latin American theologies have been heavily influenced by José. I am grateful for his legacy and his utopic vision. I am grateful that he talked about feeling brown and the affective experience of being brown and queer. And I am grateful for our pressing conversations about mainstream gay culture and the marginalization of queer sex within queer life. He inspired and shaped so many important parts of the academy. And in many ways, his work comforted young scholars as they searched for their own voices within their respective fields to talk about race and queerness. I see José in the young brown boys who speak softly. I see him in the New York ball scene. I see him in the LA punk scene. I know the work of my friends, colleagues, and students will continue to be shaped by the memories of his presence and his vision of a queer futurity. Even when receiving the painful news of his passing, I found myself turning to his words for comfort: “I have proposed a different understanding of melancholia that does not see it as a pathology or as a self-absorbed mood that inhibits activism. Rather, it is a mechanism that helps us (re)construct identity and take our dead with us to the various battles we must wage in their names— and in our names” (Disidentification, 74). 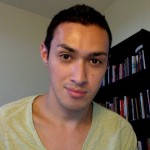 Vincent D. Cervantes is a PhD candidate in Spanish and Latin American Studies at the University of Southern California and a graduate of Harvard Divinity School. His research and writing focus on Latin American religions and theologies, queer identities and performance, religion and literature, the role of religion and sexuality in colonialism and postcolonialism, and comparative liberation theologies.