Joerg Rieger, God and the Excluded: Visions and Blind Spots in Contemporary Theology

Rieger spends a significant portion of the book delving into the four theological periods, beginning with liberal theology. Rieger describes liberal theology as a “theology of identity,” in that its “theological guidelines rely in large part on the religious powers of the modern self, be they rational or emotional” (p.17). Rieger uses Friedrich Schleiermacher, known as the “father of liberal theology,” to help examine its foundations, praising Schleiermacher for his desire to preserve the role of God and God’s relation to humanity in the theological task without succumbing to Enlightenment thinking. Rieger commends Schleiermacher’s reconfiguration of theology in the face of the loss of metaphysical foundations of speculation. Moreover, Rieger sees glimpses of the potential of Schleiermacher’s theology to be inclusive, to allow more people greater access to theological reflection and influence in such process. However, Rieger also argues that liberal theology is too easily pulled into “modern political and economic structures of exclusion, where the modern self is the norm that determines who is in and who is out” (p.40). This too often leads to the denial of difference through assimilation by the status quo.

Proceeding after liberal theology is neoorthodox theology, or what Rieger describes as “Theology of Difference: The Turn to the Wholly Other” (p.43). Rieger uses the theology of Karl Barth to serve as an example for this turn. The theology of the turn to the Other begins as a critique and challenge to the modern self’s position of control in the theological task of liberal theology. “Turning to God as the Wholly Other, theology now uncovered a new source of power” (p.43). It takes control out of the hands of the self and no longer allows it to define its own center. Barth differs from Schleiermacher’s response to the modern crisis of the gap between God and humanity; rather than attempting to fill the space, Barth accepts the distance. Therefore, Barth takes a step beyond Schleiermacher’s configuration of absolute images of God arguing that we cannot make absolute images of the self as well. Barth opens up the theology of the modern self in an attempt to break theology free from the special interests of those who have the power. Ultimately, Barth’s turn to the Other offers a constructive alternative to the turn to the self’s narcissistic tendencies. However, Rieger argues that Barth’s reactive response to liberal theology develops blind spots in concern with the self. Although those who espouse the turn to the Other believe that the self is overcome, Rieger suggests that the self is in fact merely repressed; Rieger disputes Barth’s discarding of the self and argues that it should not be discarded but reconfigured. Rieger believes that, though well intentioned, Barth’s conception of the Wholly Other is significant, but needs more work—specifically in its concern for those on the margins.

Rieger describes the next period in the theological chronology as “the turn to language and text” (p.71), more commonly known as postliberal theology. Postliberalism, Rieger explains, is the most prominent postmodern approach to theological reflection. Like neoorthodoxy, postliberalism shifts theological reflection away from the modern self by giving primacy to the language of the texts of the church in theological reflection. Postliberalism, Rieger contends, is attempting to challenge the exclusive structures of special interest theology that is developed in the turn to the self. Rieger uses George Lindbeck as an example of the postliberal approach, suggesting that Lindbeck and postliberals “see themselves as the true heirs of Barth’s critique of modern theology” (p.72). However, Rieger argues that postliberals differ more significantly from Barth than they realize. Lindbeck does not appreciate Schleiermacher’s attempt to bridge the connection between God and humanity, as Barth did. Lindbeck is concerned with religious experience being the basis of theological reflection rather than the product of Christian life. Yet, for Rieger, postliberalism retains many parallels with modern theology. Rieger argues that in postliberalism “the texts of the church tend to take over a position of control that strongly resembles the control of the self” (p.97). Similar to the turn toward the Other, Rieger questions if the turn to the text can overcome structures that exclude those who are different.

The final theological period that Rieger discusses encompasses theologies of liberation or what he calls “Theology and the Excluded: The Turn to Others” (99). This approach differs from the other approaches discussed because it has been significantly shaped by the experience of exclusion; many of those who have formed the approach were themselves excluded people. The turn to others of liberation theologies significantly broadens the theological horizon to include those who are on the margins. The turn to others is shaped by the encounter and by listening to those who have been excluded from the theological task. There is not a single personality that is tied to liberation theologies but a breadth of theologians and thinkers who fall into the category––which speaks to its broadening inclusivity. Rieger explains that the turn to others is not a modification of the previous modes of theology; rather, it is a new paradigm that moves beyond but also brings to culmination important aspects of the previous modes. Ultimately, “liberation thought primarily challenges not the struggle for identity in itself but the process of universalization in which such identities become controlling and oppressive” (p.126). Liberation theologies are concerned with theology for those at the margins, not to discard previous theological approaches but to reconstruct them in relation to others.

After Rieger’s in-depth look into the four theological approaches of contemporary theology, he uses the thought of French psychoanalyst Jacques Lacan to find the “links and connections between differing ways of theological reflection and their combined potential for resistance to the major threat of our day—the powers of exclusion” (p.129). Rieger found Lacan’s discourse to be significant for contemporary theology in that his four discourses paralleled the four modes of theology previously discussed. In Lacan’s four discourses “he develops tools that enable the search for what is repressed and excluded by each of the discourses,” (p. 129) and in the process shows that no discourse is complete in and of itself.

Finally, Rieger ends with the culmination of all that he has discussed in what he calls “The New Paradigm,” (165) which seeks to address what is left out of theology in the tension between God and those who are excluded. This paradigm, Rieger explains, needs to be self-critical. Above all, it needs to be aware that God’s Otherness can no longer be placed in contrast with those who are othered. Instead, Rieger suggests that theology must situate itself where God, in Jesus Christ, situates Godself––with the suffering and excluded. It is only in the encounter with the excluded that one can encounter the Wholly Other, and in turn find both the blind spots and visions in theology.

The language of inclusivity, which Rieger uses throughout the book, always makes me nervous because, like exclusivity, it perpetuates the building up of walls and the separation of peoples. It seems to me that openness and hospitality would be most helpful in discussing the theological task. Nevertheless, Rieger’s book is a beautiful work that exemplifies how theology must be done with openness—to listen and to encounter difference––in God and others.

Joey Convertino is a student of Biblical Studies and Theology at Azusa Pacific University in California. He and his fiancé, Katie, are a part of a local church, Mountainside Communion, that seeks “to act justly, and to love mercy, and to walk humbly with God.” 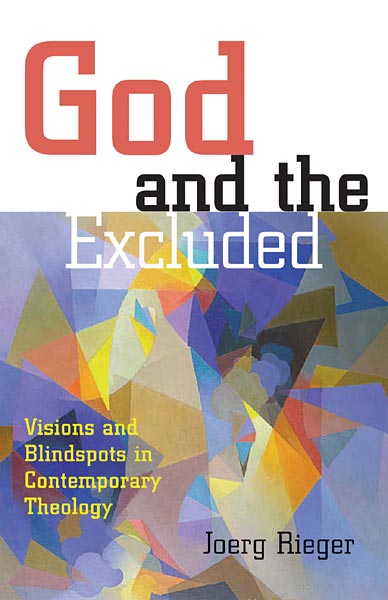