In this volume, Marion Grau raises a series of questions oriented towards informing a polydox theology of mission. Polydoxy is, here, associated with a progressive position that is contrasted with a more fundamentalist approach to Christian mission. In this manner, Grau seeks to help us perceive “a complex range of theological conceptions, interests, motivations, and dynamics that obtain in missionary encounters” (p. 286).  Part of Grau’s justification for this project rests on her observation that many progressive Christians have shied away from the mission field. Grau argues that this situation has resulted in the field of mission studies being dominated by conservative evangelical scholars and practitioners, who she claims are not always well poised to deal effectively with the cross-cultural complexities that result from missionary ways of being in the world.

Grau’s approach to her subject matter is one of “circumambulation,” whereby she moves around case studies in the postcolony to discern both tensions and promises that accompany Christian missionary activities. Her circumambulation includes aspects of both space and time as she offers a myriad of contextual examples from postcolonies. For Grau, “the postcolony” does not correspond to the boundaries of nations-states as they are normally conceived. Her main communitarian examples of the Zulu, the Maori, the ancient Germanic Tribes and the Gwich’in peoples serve to demonstrate how the postcolony is manifest not only in South Africa/Colonial Natal but also in Aotearoa/New Zealand, present-day Germany and Athabascan Territory in Alaska. As such, so called “settler societies” like New Zealand and the USA and even European nation states are imaged as having postcolonial spaces.

In contrast to both (1) what Grau labels a “nativist” position which continuously invokes the value of the local culture purged of imperialist Christianity for the postcolony and (2) a particular missionary approach which advocates bringing “pure” Gospel values to the “un-enlightened,” through her circumambulation, Grau discerns elements of both peril and promise in the encounters and legacy of missionary work. In this regard, she asserts that considering the Gospel to be free of culture betrays a reality of complexity that necessarily accompanies processes of incarnation. It follows that an encounter between the gospel values proclaimed by any missionary and a local context will always be a cross-cultural event. Recognition of this reality, Grau continues, will better enable the encounter to result in creative, rather than destructive, frictions.

None of this analysis, she contends, is meant to dismiss the realities of pain and suffering that has often accompanied missionary activity. However, Grau is keen to point out that these encounters have also transformed societies and provided subversive tools to local peoples. A striking example of the latter, cited by Grau, is the case of prophetic Maori groups in Aotearoa/New Zealand, who resisted Christian faith and colonial encroachments on their traditional lands by reading the bible in their own language and identifying themselves as the ancestors of the Jews, who are depicted in New Testament texts as rejecting the message of Jesus.  Despite recounting such strategies of resistance, the summative effect of Grau’s analysis is to encourage Western liberals to see the value and moral imperative to continue global Christian relationships, so that, for instance, Christians in Asia and Africa do not feel a sense of abandonment from the home countries of the missionaries who were instrumental in founding historically colonial churches.

At several points in Rethinking Mission in the Postcolony, Grau rejects the option of missionary activity being reduced to “mere” development work by liberal Christians. Instead, as becomes clear near the end of the monograph, she embraces a foundational fivefold distinction for her project. Specifically, following Andrew Walls and Cathy Ross, Grau asserts that a positive way forward can be found in the five marks of mission: (1) to proclaim the Good News of the Kingdom of God, (2) to teach, baptize, and nurture new believers, (3) to respond to human need with loving service, (4) to seek to transform unjust structures of society, and (5) to strive to safeguard the integrity of creation and sustain and renew the life of the earth (p. 278-288).

Fully accepting this fivefold slate may, however, prove problematic for her intended Western, liberal audience.  There is a clear sustainability problem, for example, if liberal Christians  aim to raise  raising everyone in the world “up” to the consumption levels equal to middle and upper class northern North American standards, then. Another option for the group that Grau characterizes as “liberal Christians” might be a mission centred on solidarity, which may—in the terms of this book’s foundational framework—require quelling the first two marks of mission to better foster the incarnation of the final three. This option of mission along lines of solidarity—as an expression of faith witness standing with local peoples and with an Earth community in peril—may represent a positive way to redefine a Christian missionary/outsider presence in cross-cultural situations.

Despite failing to address the possibility of a solidarity-based mission, Rethinking Mission in the Postcolony remains a well researched and, due its circumambulatory method, refreshingly non-linear monograph. Careful readers will be exposed to a selection of theoretical and historical analyses that can help to both expose the complexities involved in cross-cultural contact and craft a polydox theology of mission. In this sense, Grau has produced a valuable book that will be of interest to those concerned with historical and contemporary expressions of Christian mission.

Christopher Hrynkow is a doctoral student at the University of St. Michael’s College in Toronto, Canada. 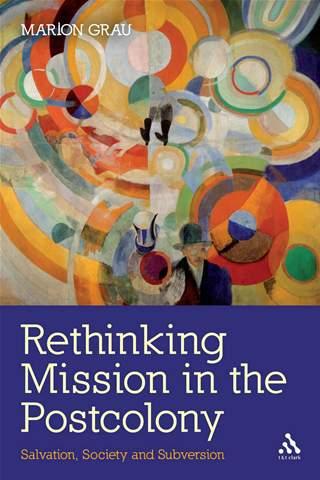