Utz McKnight calls the election of the first black president of the United States “the ultimate act of a politics of representation” through which “the inclusion of some Blacks is used to subordinate others. This inclusion is based on the need to eliminate not the use of race, but to eliminate the ability to argue that racism is still being practiced” (p. 1).

McKnight’s assertion is challenging to those of us whose ideas and experiences of the concept of race have been conditioned by U.S. society. Race is part of the air we breathe. It is socially reproduced in our everyday practice and is passed on from generation to generation. According to McKnight, the current solutions for confronting racism were developed in the 1960s and 1970s – e.g., the prohibition of racial slurs, racial jokes, and/or discriminatory behaviors. The concept of Whiteness as privilege is very much part of this development. However, McKnight suggests that this movement to “eliminate the use of race in society stopped at this point where it began to challenge the social basis for racial hierarchy” (p. 3). He proposes that we must “take up the challenge today by addressing the politics of representation and partial inclusion that define how we use race ordinarily” in order to move beyond our inability to address race honestly (p. 3).

McKnight uses two examples to illustrate the everyday practice of race; one involving a bookstore in Berkeley, California and the other a Starbuck’s coffee shop in New Orleans, Louisiana. Like most bookstores today, there is an alarm system at the door.  It is supposed to be a color-blind device that deters theft.  However, McKnight proposes that this seemingly neutral device is “a very sophisticated way of eliminating our ability to talk about race” because “the alarm does not make race unimportant; it alters how we speak of race within the space” (p. 49).  This function of the alarm system is similar to a standardized test that “does not make all students equal, instead it measures the social distance between Blacks and Whites in society within our primary educational system” (p. 49).

As I read McKnight’s analysis, I found myself becoming defensive of  my sense of fairness, instilled in me by the very system that McKnight tries to expose.  As I read on, I was convinced that McKnight is right in that “what the alarm does is to re-instantiate race as a moment of seeming objectivity” (p. 50).  I became even more convinced as I read his analysis on how race was realized in the everyday practices at a coffee shop located between the affluent and almost exclusively White neighborhood and the poorer sections of New Orleans whose residents are predominately African American. In such an establishment, McKnight says that “Blacks have become hostage to their own desire for inclusion. They have sacrificed community for the price of a latte” (p. 74).  I will not attempt a full recapitulation of McKnight’s detailed analysis here, for to do so in such a short space would be a disservice to his work.

McKnight concludes the book with reflections on two works of fiction: The House Behind the Cedars by Charles Chesnutt (1900) and Kindred by Octavia Butler (2004).  The first piece of work chronicles a brother and a sister born with very light skin who passed as Whites. McKnight writes, “the price for Blacks of ‘passing’ and becoming White in this situation was to refuse association of family and social education” (p. 107).  The brother was able to “pass” while the sister was not which led a tragic ending to the story.

In the second book, Kindred, a young Black woman is transported back in time to a moment when her ancestor, a White man, who raped her great-great-grand-mother, was in peril for his life. The journey to the past, with all its pain, resonates with an important part of how we confront the use of race today. As a result of the journey, the young Black woman refuses to continue to play the role that has been developed for her in the present-day relationship with her White husband. McKnight uses Butler’s story to pose a possible strategy for how we might refuse race as practiced in daily life.

McKnight concludes his text by offering three things that need to be done in order to work through how we use race every day: 1) “We need to realize how we have failed to stop the reproduction of racial values in society;” 2) “We must acknowledge how the arbitrary designation of racial difference occurs because of a desire to use other persons, not merely because race exists as a natural fact;” and 3) “We need to respond to the impact that the event of racial subjection has on persons” (p. 114).

McKnight’s academic style is dense and complex especially in the early chapters where he distinguishes his ideas from other scholars in the field.  His writing comes alive when he engages the readers by entering into real-life examples of his thesis. His book heightened my awareness of how race is practiced in ordinary moments, such as when I walk out of my home and into the street, workplace, church, restaurant, and coffee shop, or when I attend gatherings of family and friends.  Having read his book, I now find myself asking, “have I just raced someone?” or “have I just been raced?” I found myself being much more observant when I entered into social gathering and in many cases, indeed, race was being practiced.

While I still struggle with some of McKnight’s assertions, as a designer of anti-racism training programs for church denominations, I am grateful for this book.  It is increasingly difficult to engage people to discuss race, and McKnight’s exploration of how the politics of representation is repressing our ability to do so honestly is extremely helpful. McKnight’s analysis and proposed solution affirm the many processes that I have designed to engage people in the exploration of how racism is expressed and practiced today.  First, I want participants to know that it is okay to talk about race in spite of our system’s minimization of race as a valid topic of discussion.  Second, I affirm that part of this journey has to do with having the courage to explore the patterns of racism imbedded in our mindsets and social interactions.  This strategy to dismantle racism requires us to search ourselves so that we might discover these patterns and refuse to reproduce them. McKnight’s book sparks many ideas for how to engage everyday people in this journey, such as book studies, challenging dialogues, and immersion/observation/reflection experiences.

Eric Law the Founder of the http://www.kscopeinstitute.org/index.html 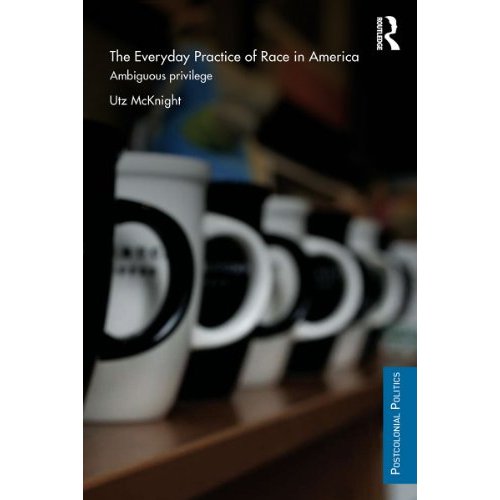