A Tale of Three Cities: A Review of Rashmi Varma’s The Postcolonial City and its Subjects: London, Nairobi, Bombay (New York and London: Routledge), 2012.

A Tale of Three Cities: A Review of Rashmi Varma’s The Postcolonial City and its Subjects: London, Nairobi, Bombay (New York and London: Routledge), 2012.

Despite recent proclamations from many quarters of the “end of postcolonialism,” Rashmi Varma states in the “Introduction” to her The Postcolonial City and its Subjects (2012), that of the many conjunctures at which her work is poised, it is also avowedly “fashioned against the premature announcement of the demise of postcolonial literary studies” (p. 31). While I would have loved to engage in a debate around the vexed issue of the “end of postcolonialism,” I reluctantly would have to let it pass at the moment for greater expediency of writing a review of Varma’s book and not, say, of Hamid Dabashi’s The Arab Spring: The End of Postcolonialism, published in the same year.

Varma claims in the “Preface” to her work, that it emanates from a certain discomfiture about the theoretical and literary marginality of postcolonial cities within the discourse of urbanization in twentieth and twenty-first centuries, and through her work she hopes to be able to redress this by examining the formation of the contested postcolonial subject inhabiting the disputed territory of the postcolonial city. Consequently, Varma examines the “representational history of London, Nairobi and Bombay in the twentieth and twenty-first centuries and engages three key theoretical frameworks—the city within postcolonial theory and culture (its troubled salience in the construction of postcolonial public spheres and identities, from local, rural, ethnic/“tribal” and regional, to “national,” cosmopolitan and transnational subjects/positions); postcolonial fictions as constituting a new world literary space and as a site of articulation of contending narratives of urban space, global culture and postcolonial development; and postcolonial feminist citizenship as a universal political project challenging current neo-liberal and post neo-liberal contractions and eviscerations of public spaces and rights” (p. 1).

In positing the ‘postcolonial’ city as a site un-categorizable under either the modernist or the postmodernist project, she distances herself from both these discourses and locates her understanding of the city at the ‘conjuncture’ of history, body, structure, and economy, which produces a somewhat dissident postcolonial subject, located somewhere between structure and agency. She notes how modernist versions of the city did not include women and colonized people, and how consequently a new political entity, namely, ‘unhomely women’ came into existence at the crossroads of masculinist and colonial publics.

While she wishes not to fall into the enlightenment logic of universalism, the alternative she offers is nevertheless in the form of a universalist ‘postcolonial feminist citizenship’, which she promises to elaborate on through the rest of her book, an elaboration which remains but a promise. Whereas she sees “the modernist city as a formal and ideological precursor of the postcolonial city,” for her, however, the city also emerges as an “arena for self-fashioning” (p. 3) with its own share of surplus, which according to her, is left un-theorized in both Marxists accounts of the city and urban narratives of literary modernism.

Varma is careful not to fall for postmodernist renderings of urban narratives as spaces of hybridity, heterotopias, time-space compressions, and such like, though she values contributions of theorists such as Henri Lefebvre’s formulation of the ‘right to the city’ with radical claims of citizenship, or Manuel Castell’s formulations regarding space and its attendant consciousness, or David Harvey’s ideas about urbanism, among others. What Varma resolutely steers clear of are contemporary theorizations around the project of ‘global cities’, which she sees as perpetrating a whole new set of inclusions and exclusions, and perpetuating unforgivable violence of eradicating historical and local specificities of places and people.

She chooses instead to situate her analysis of the city within the framework of colonial history and postcolonial politics, rather than outside it in a universal ‘global cities’ framework. To do so, she takes recourse to Frantz Fanon’s writings and sees the postcolonial city as a “zone of occult instability” in which desire and power lock horns to produce a Manichean city, with its attendant dangers and potentialities. She takes recourse to Fanon’s essay “Algeria Unveiled” to demonstrate how the veil acts as a metaphor which can help us understand women’s agency in the city and the liminal subjectivity they inhabit, an ‘unhomely’ locus, borrowing a concept so well elaborated earlier by Homi Bhabha, who himself but translated the Freudian notion of the unheimlich, or the ‘uncanny’. Interestingly, she deploys ‘unhomely’ precisely to bring into play all the senses, enabling and disabling, in which women can be and are rendered ‘unhomely’. She uses this as the basis of forging the idea of a ‘postcolonial feminist citizenship’, which, according to her, is a critical citizenship.

Varma’s position, about avoiding falling into the ‘global city’ discourse, though quite well argued, does leave several questions concerning the same unanswered. For instance, while she riles against the global city project eradicating ‘space consciousness’, she says little about postcolonialism’s own role in eradicating ‘time consciousness’, where colonial becomes the veritable starting point of time. Evidently, my greatest dissatisfaction with the book is Varma’s stated disengagement with the ‘global cities project’, which stops her from engaging with questions that are much more immediate for an analysis of the city today, as also for formulating an ‘anti global city’ discourse and a political strategy against imperialism for our times and spaces, rather than against a coloniality of the past. Though to be fair, she does preliminarily explore the idea of ‘alternative modernity’ or ‘contra modernity’, but she rejects it in favor of an entrenched analysis of how modernity is produced and negotiated, which she hopes will help us tackle questions concerning identity and citizenship that swamp us today.

Varma takes recourse to postcolonial fictions to demonstrate her case, and sees postcolonial fiction as tied in its form to issues of geographical and cultural locations. Varma examines the question of urbanity and the postcolonial feminist subject as constituted in post-World War I London in the first chapter of her book, “Eccentric Routes”, where she analyzes Jean Rhys’s novel Voyage in the Dark alongside CLR James’s Minty Alley. In the second chapter, “Different Belongings”, she locates the question of women and urban spaces in Nairobi, through its history of anti-colonial struggle. She presents a cogent analysis of the complex modernity that the city must have encountered through her reading of Ngugi wa Thiongo’s Petals of Blood and Marjorie Macgoye’s Coming to Birth. In the third chapter, “Uncivil Lines”, she examines the question of women’s insertion in urban spaces in a post-1992 Bombay, in the aftermath of communal riots and economic liberalization. She does so through an analysis of Shashi Deshpande’s That Long Silence, Vikram Chandra’s Love and Longing in Bombay and Thrity Umrigar’s The Space Between Us. She concludes with “Situated Solidarities” in which she returns to London and her project of ‘postcolonial feminist citizenship’ and argues for resolutely locating a postcolonial lever within the global city.

In conclusion, she makes a case for the postcolonial city as a conjunctural space, where imperial pasts and presents, produce political subjectivities of ‘unhomely women’ amidst sites and struggles to occupy the city, which can create a space for a feminist ideal of citizenship, which remains resolutely historical and deeply material in its orientation. Varma’s work is a valuable one for several reasons. It helps us sharpen questions about the postcolonial city as both a local and a global space, a diachronic and a synchronic space, a space of imperialist designs and resistance, a locus of constitution of memory and counter-memory, of probing questions about citizenship and its others, of deepening democracy and testing its limits, of instituting rights and examining denials, of constitution of publics and counter-publics, of utopias and dystopias. However, what could supplement the scope of the current study would be to stretch the horizon of this inquiry to include in a more immediate way an analysis of what happens to the city under current forms of imperialism, to develop an alter-view of cities to come. 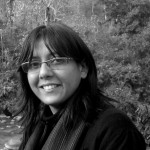 Simi Malhotra is Professor of English at Jamia Millia Islamia. She can be contacted at simimalhotra@hotmail.com