Studies in postcolonialism serve as the impetus for the formation of Handbook of Postcolonial Archaeology. Against the grain of traditional handbooks this book is presented as short chapters offering new ways of thinking. Each chapter is review based; including commentary and narratives under specific themes. Contributors in the book present summaries outlining the relationship of archaeology to specific areas of colonial enterprise critiquing the legacy of global colonization. Current trends are identified, followed by ideas to develop and further implement the research already presented. Handbook of Postcolonial Archaeology concludes with an epilogue by the editors critiquing the articles, with the encouragement to continue toward solutions to the issues presented.

Simply put, the purpose is to decolonize archaeology. The underlying message of the book speaks to the use of “European archaeology” to bolster colonization past and present, supposedly establishing European superiority over the indigenes. From the outset the editors give thorough explanations of “colonial” and “postcolonial,” and their relationship to archaeology. They explain, “Archaeologists have reflected on how their discipline is shaped by colonial forces, tracing the intimate relationship between imperialism and forms of archaeological knowledge” (Lydon and Rizvi 2010, 23).

The book speaks to ways of decolonizing by placing indigenes in positions other than as workers at digs, under the supervision of those who are acquired articles and placed them in the museums across the globe. Articles taken from colonized countries are on display in museums out of reach of the descendants of the progenitors of these articles. Laws recently set in motion to place these items among the descendants are hampered by red tape and the all too familiar belief that the indigene is not capable of caring for the items. Handbook of Postcolonial Archaeology reveals neocolonialism in the process of dismantling authority over the possession of the articles taken from indigenous countries during colonial and postcolonial periods. The question of where these items should be placed is a valid one. The legislative power is still in the hands of those whose only claim is acquisition.

Efforts of repatriation by various governments and institution include the Native American Graves and Repatriation Act (NAGPRA), Native Title (Australia), Ethiopia’s Association for the Return of Ethiopia’s Maqdala Treasures (AFROMET), International Committee on Monuments and Sites (ICOMOS) and UNESCO; to name a few. However, most contributors express trepidation with some and portray each organization as riddled with bureaucratic red-tape. This inference to neo-colonialism is a common theme throughout.

Repatriation and restitution of cultural property is significant in reclaiming the histories of the indigene from the hands of those have long misrepresented it through the display of artifacts as trophies. Items were placed under the auspices of both private and government organizations that profited for centuries either from direct selling of or from the display of said items. An area of concern is the ever-present theme “speaking for” (Spivak, Landry and MacLean 1996).  Ideally, the oppressed should speak for themselves, but the authors question of willingness and availability on the part of the subaltern. Authors also question the viability of collaboration between policy makers and archaeologists to properly portrayal the histories of the colonized and indigenous.

Summarily, this book offers measures of intervention through future research by indigenes. The indigene is encouraged to participate in archaeological adventures to slow the misrepresentation of history. In spite of the changes this volume seeks, the antiquities market continues. The book concludes expressing a desire for change. 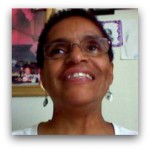 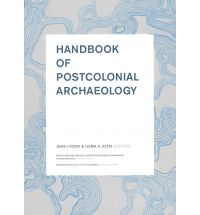