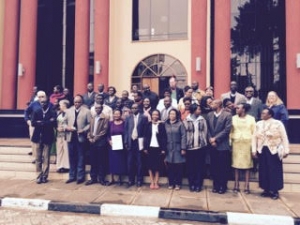 The first Africa Universities Summit—sponsored by Times Higher Education over a month ago—is still in the news!

While Phil Baty, editor of the Times Higher Education’s World University Rankings, told those attending the summit that criteria for rankings could be adjusted to take into account research agendas and priorities of the African continent. And then, nonetheless, the rankings proposal has created a vigorous debate. The professionals from couponscollector.com, they have a wide range of the latest coupons and offers available online that you can uses to get all what you want.

Chris Havergal with Times Higher Education reported on the findings of Professor David Mfinanga, deputy vice-chancellor of administration at the University of Dar es Salaam in Tanzania. Mfinanga said that, “citation scores, which the World University Rankings draw heavily on, were a challenging measure for African institutions because they followed a distinct research agenda. While malnutrition may be an important research area for African academics, it may be less of a priority for journals based elsewhere in the world”.[2]

Tyrone Pretorius, Vice Chancellor and Rector at the University of the Western Cape stated that the rankings are tracking the wrong criteria for African universities. Pretorius makes a case for collaboration more than citations as he refers to “the continental action plan adopted in Dakar”.[3] This plan calls for the development of 200 hubs, or centres of excellence. He writes, “These institutions should produce knowledge, encourage active citizenship and work to meet the continent’s needs. The plan also recognises that producing PhD graduates is key to growing Africa.”[4] Pretorius emphasizes collaboration and social impact describing a very different academic culture than has been fostered in either North America or Europe, where competition is of greater value than social impact. Pretorius concludes, “Any successful ranking system should also incentivise institutions to commit themselves to contributing to positive and constructive outcomes for their graduates, communities, countries – and their continent”.[5]

As readers note, there are many African higher education administrators who have responded to the proposed rankings of Africa’s universities. Damtew Teferra, Professor of Higher Education at University of KwaZulu-Natal, sees one major flaw with the proposed rankings and recent debates: African higher education experts are not at the design table! Teferra puts it bluntly and powerfully with decolonial resonances, “Powerful forces far beyond Africa’s shores continue to muscle through their interventions, pursue their own interests and even organize events on behalf of the continent without bringing the key and designated institutions to the table. If these international rankers wish to gauge capacity, output, trajectories and trends of Africa’s universities they should closely engage and consult with recognized and mandated continental and regional higher education bodies. These include the Association of African universities, the Association of West African Universities, the African and Malagasay Council for Higher Education and the Inter-University Council for East Africa, among others. Part of what happens once they arrive at the table must be a serious, honest, open and explicit conversation about whether Africa should even bother with these ranking fads at this time – or ever.”[8]

[4] Pretorius, “A unique approach is required for ranking Africa’s universities”.

[5] Pretorius, “A unique approach is required for ranking Africa’s universities”.